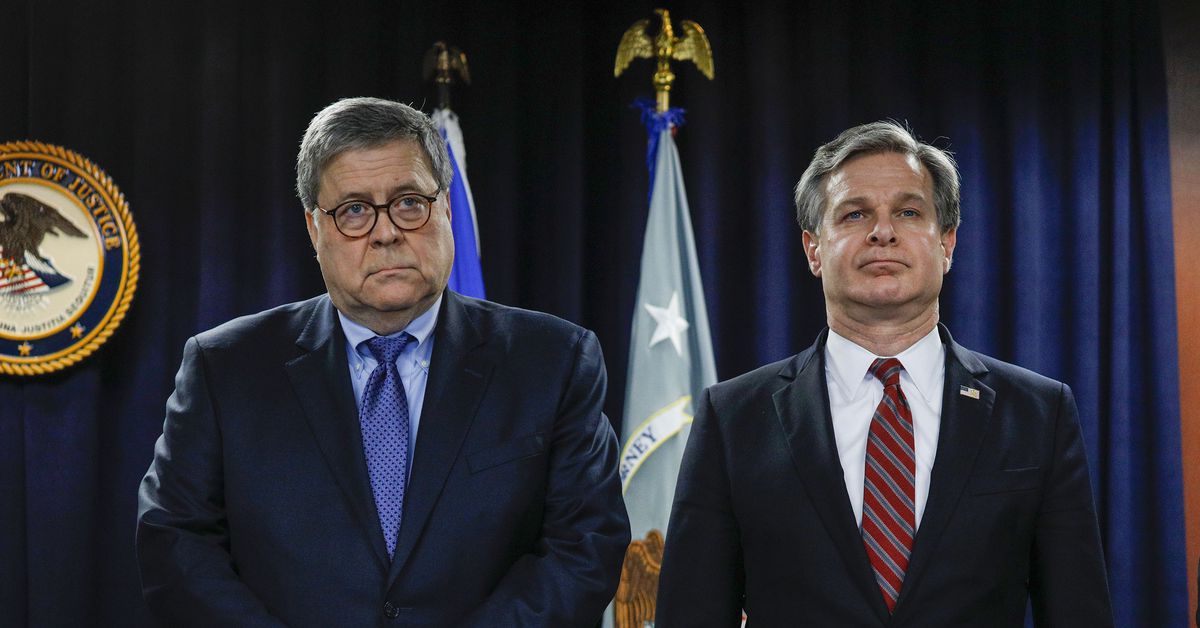 After months of trying, the FBI successfully broke into iPhones belonging to the gunman responsible for a deadly shooting at Pensacola Naval Air Station in December 2019, and it now claims he had associations with terrorist organization al-Qaeda. Investigators managed to do so without Apple’s help, but Attorney General William Barr and FBI director Christopher Wray both voiced strong frustration with the iPhone maker at a press conference on Monday morning.

Both officials say that encryption on the gunman’s devices severely hampered the investigation. “Thanks to the great work of the FBI — and no thanks to Apple — we were able to unlock Alshamrani’s phones,” said Barr, who lamented the months and “large sums of tax-payer dollars” it took to get into devices of Mohammed Saeed Alshamrani, who killed three US sailors and injured eight other people on December 6th.

Apple has said it provided investigators with iCloud data it had available for Alshamrani’s account but did not provide any assistance bypassing iOS’s device encryption. Without that help, authorities spent many weeks trying to break in on their own.

Wray chastised Apple for wasting the agency’s time and resources to unlock the devices. “Public servants, already swamped with important things to do to protect the American people — and toiling through a pandemic, with all the risk and hardship that entails — had to spend all that time just to access evidence we got court-authorized search warrants for months ago,” he said. Wray also claimed the delay would’ve given any potential co-conspirators months to delete evidence and prevent the FBI from piecing together the whole trail.

“Apple’s decision has dangerous consequences for the public safety and the national security and is, in my judgement, unacceptable,” Barr said. “Apple’s desire to provide privacy for its customers is understandable, but not at all costs. There is no reason why companies like Apple cannot design their consumer products and apps to allow for court-authorized access by law enforcement, while maintaining very high standards of data security. Striking this balance should not be left to corporate board rooms.”

Throughout the recent debates on encryption policy, Apple has insisted that it’s impossible to create a “backdoor” in the way that Barr describes since any such tool could fall into the wrong hands and dismantle the security of iPhones globally. The company has regularly handed over iCloud backup data where available, and according to a Reuters report from earlier this year, Apple abandoned plans to fully encrypt those backups due to FBI complaints. But it has steadfastly refused to compromise the local storage of iPhones. “Doing so would hurt only the well-meaning and law-abiding citizens who rely on companies like Apple to protect their data,” CEO Tim Cook said in 2016.

Attorney General Barr hasn’t been swayed by Apple’s arguments. “We are confident that technology companies are capable of building secure products that protect user information,” he said today, “and at the same time, allow for law enforcement access when permitted by a judge — as Apple had done willingly for many years and others are still doing today.”

Apple and the FBI have been at odds over encryption policy since 2016 when the FBI sought data from an iPhone connected to the San Bernardino terrorist shootings. The bureau asked Apple to create an alternate version of iOS that would make breaking into the device easier, but the company refused over the security implications this would have for all iPhone owners. “We believed it was wrong and would set a dangerous precedent,” a spokesperson told The Verge at the time.

After a number of filings, the FBI withdrew its legal case after it found a way into the iPhone without Apple’s assistance. Still, officials have continued raising concerns with encryption in the years since.

According to Wray, the FBI’s method for getting into Alshamrani’s devices won’t be of much help for other investigations. “The technique that we developed is not a fix for our broader Apple problem; it’s of pretty limited application,” he said.

Apple did not immediately respond to a request for comment.

Go read this report on a fake company that tricked real people into working...