POP!_OS 20.04, released on May 1, has the potential to be one of the best starting points for any new Linux user. Given this distro’s rising popularity, it will continue to hold that distinction.

That is a bold statement, but developer System76, has made some bold moves in pushing this Linux distro to the forefront. 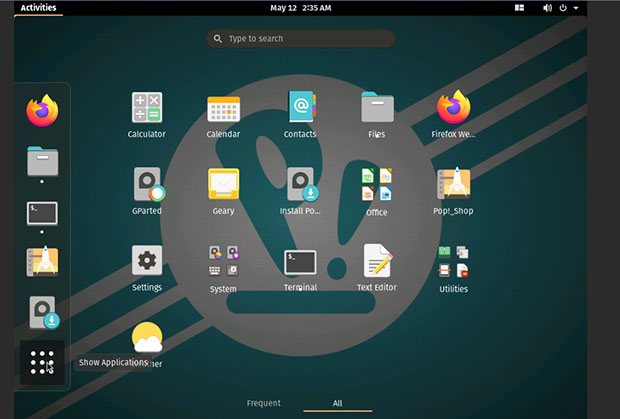 System76 improves the GNOME user experience with a refined layout and performance in POP!_OS.

The company preinstalls POP!_OS in its manufactured line of desktop and laptop computers. Although System76 created a uniquely branded GNOME-based desktop environment for the company’s own hardware, it does not play Apple’s Mac game of locking in its own operating system.

The distro is available for free via download in two versions. One ISO is for Intel and AMD systems, and the second ISO is for Nvidia graphics systems.

System76 announced Pop!_OS after Canonical decided to stop the development of the Unity 8 desktop shell in 2017 and replaced the in-house desktop with GNOME 3.

However, POP!_OS is not a skinned version of Ubuntu GNOME as a replacement. It involves much more.

POP!_OS comes in one flavor, a customized version of the GNOME desktop. The customization is partly why this distro is such an ideal starting point for Linux newcomers. The tweaked desktop environment does not attempt to mimic the look and feel of Windows.

Seasoned Linux users have many reasons to be attracted to POP!_OS’ integration of the GNOME desktop as well. It emphasizes the continuing improvements with the GNOME UI, and adds its own special features to make this Linux OS a winning proposition for any user.

That is an essential design victory for System76. All too often, Linux newcomers select a distribution touted to be a Windows work-alike but when they find that Linux does not run Windows applications natively, many give up in frustration.

GNOME, on the other hand, has a very different user interface (UI). System76 makes using it so intuitive that new users are greeted with instant out-of-the-box success.

Seasoned Linux users familiar with GNOME find they can stretch their power user chops without rummaging under the hood to make complicated adjustments.

Pop!_OS fits in well with the look and feel of several modern-looking distros. That is true thanks to all of them being tweaked and integrated for a unique user interface. POP!_OS’s beauty rating is on a par with the likes of the Pantheon desktop in Elementary OS, Solus OS’ Budgie desktop, and Deepin and Manjaro’s GNOME editions.

Pop!_OS is an Ubuntu 20.04-based Linux distribution built from Ubuntu repositories. It features a custom GNOME desktop. Designed to have a minimal amount of clutter on the desktop to eliminate distractions, the layout lets users focus fully on productivity.

POP!_OS is a hassle-free Linux operating system that is very user-friendly and extremely stable. The developers have done an impressive job of tailoring the classic GNOME environment to give it a unique desktop flavor. It offers the same access to software that is available from the Ubuntu family of distros.

What makes this distro so popular is the System76 team’s responsiveness to user reactions and concerns about features and performance. Developers monitor user feedback and do their own in-house testing to make changes and updates to the operating system for quality-of-life improvements.

The combination of an Ubuntu base and GNOME customization makes POP!_OS a winning choice. With a new kernel, updated GNOME, a shift in the desktop theme, and a bit more eye candy, System76 takes 20.04 to a completely different level of user satisfaction.

New features and more tweaking make this release extra productive. For me, this is one of the more impressive aspects of the latest upgrade. Other iterations of GNOME 3 left me feeling held back. Desktop navigation lacked a flow. 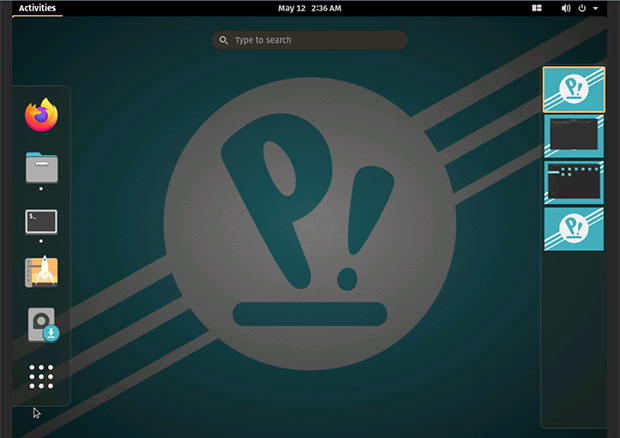 New POP! features include window tiling that automates the process of arranging window sizes in split-screen configurations and enabling Flatpak support with the Flathub repository enabled by default.

The dual Flatpack option increases your software reach. You have the choice o pull packages from the Pop!_OS store, Flathub or Ubuntu repositories.

Another addition is the ability to assign applications to run on a specific graphics card. Besides switching between Intel and Nvidia graphics, you can choose Hybrid Graphics mode. In this mode, you can run your laptop on the battery-saving Intel GPU and only use the Nvidia GPU for applications you designate.

A new app launcher lets you load an application by typing its name in a window after pressing the Super key. You can switch applications with it as well.

I like being able to ignore the mouse and keep my fingers on the keyboard. This POP!_OS release introduces improved keyboard navigation that goes a long way to boosting my workflow.

Added and expanded keyboard shortcuts create a fluid experience that was missing previously here and still is in non-POP!_OS distros. Not having to vacate the keyboard rows to carry out a mouse action is a refreshing approach to navigating the desktop.

These new keyboard shortcuts let you launch and switch between applications, toggle settings, and much more. Learning these shortcuts is convenient. Just click the View All Shortcuts option in the system menu in the top right corner of the screen.

Vim editor users enjoy an added benefit. You can use Vim shortcuts to navigate your desktop.

Either way, the expanded keyboard shortcuts create a more fluid navigating experience. It is one more example of how System76 removes a major distraction by making it possible to keep your hands on the keyboard almost all the time.

Other Linux desktops have keyboard shortcuts. The way System76 unifies its shortcuts makes them more useful and more consistent.

The desktop is a pure classic GNOME environment with an Activities Overview serving as the main navigation center. Press the Super key or the Activities button in the upper left corner of the screen to view all your open applications in a grid. The same key combination displays the GNOME dash and virtual desktops. 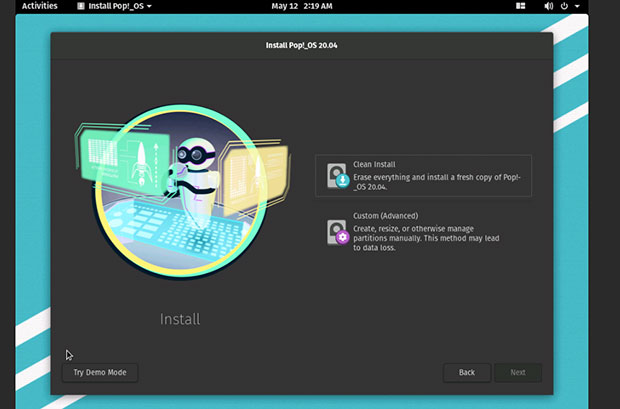 To run the live session first rather than the installation routine, be sure to click on the small button in the bottom left of the splash screen.

Do not look for the main menu button that displays applications by categories in two-column fashion or a bottom panel or dock to launch applications or view running windows. None of these UI elements exist in GNOME. Instead, all installed applications and system tools fan out in a full-screen display.

The operating system gets updates, security patches and updated releases as they are ready. Rolling releases ensure that you never have to handle ISO installations again with configuring settings to recreate the same look and feel of the current version.

Tech’s Role in the Future of Health and Public Safety

Linuxfx 10: A Smart, Easy Way to Transition From Windows