Beats today announced four new colors of its Powerbeats Pro true wireless earbuds. The new hues are much brighter and more vibrant than the original lineup and include yellow, pink, red, and blue. They’ll be available from Apple’s website, stores, and other retailers on June 9th for the standard $249.95 price point.

The Powerbeats Pro were first released in April 2019, and it’s quite common for Beats to release new colors of its products. However, these new Powerbeats Pro also passed through the FCC, which indicates there might have been a slight tweak to the internals of the earbuds somewhere. But none of the specs for these new colors have changed. They still offer:

The audio performance also remains the same, which is a very good thing.

I still use my Powerbeats Pro often, but I do have a couple gripes. First, I’ve had one of the earbuds fail to charge more than once when placed inside the case. Cleaning the contacts can help alleviate this problem, but it still happens. And I also run into the frustrating issue where only one earbud turns on when you put them in your ears, requiring you to reseat the Powerbeats Pro in the case and take them out again.

Like before, the (very large) charging case is black regardless of which color of the earbuds you get. It charges via Lightning connector; sadly, Beats has yet to offer a wireless charging solution for the Powerbeats Pro. 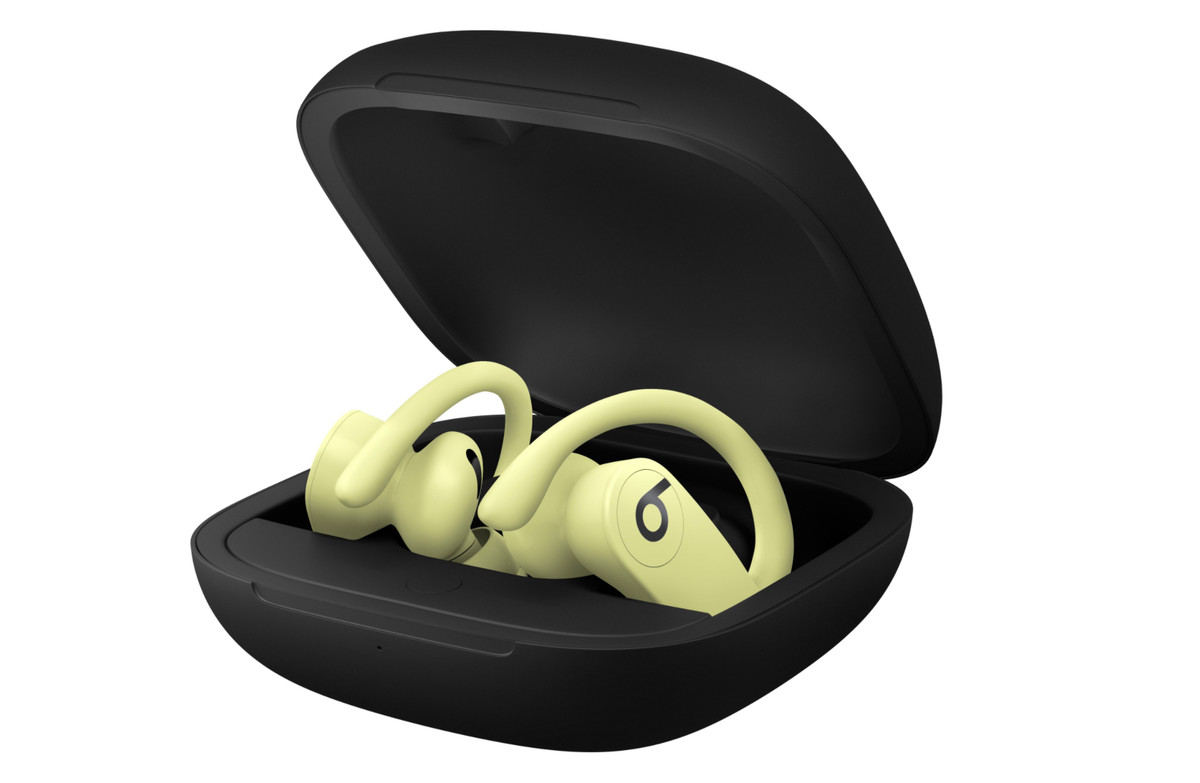