In a major policy shift for NASA, the space agency is making it possible for its own personnel — including astronauts — to fly on commercial suborbital spacecraft. These rockets are designed to fly to the edge of space and back, giving passengers brief experiences of weightlessness. The agency is hoping to expand flight options for its astronauts and researchers, while investing in the commercial space industry.

Today, NASA released a request for information on all the ways that NASA astronauts and employees could benefit from flying on these short trips to space. One possible advantage is enhancing astronaut training, by giving explorers extra experience on what it’s like to ascend to space in a rocket-powered vehicle and float in microgravity. That way they’re better prepared for flying to orbit. NASA also thinks astronauts and agency researchers could fly with and operate experiments designed for the space environment. These flyers could also help test hardware intended to be used in space, to see if it holds up in microgravity.

The goal is for NASA to once again become a customer of the commercial spaceflight industry, by purchasing spots on suborbital flights to space. It would work a bit like NASA’s Commercial Crew Program, where NASA buys seats on two privately made spacecraft — SpaceX’s Crew Dragon and Boeing’s CST-100 Starliner — both designed to take astronauts to and from the International Space Station. There is one big difference, though. NASA partially funded the development of the two Commercial Crew vehicles. With this new program, NASA did not fund the development of any suborbital spacecraft.

“It is notable that no NASA funds were used for the development of suborbital vehicles, but we can participate in the market as a buyer,” Phil McAlister, director of commercial spaceflight development at NASA, said in a statement. “The US aerospace industry is proving again that it is technically and financially capable of developing safe, reliable, and cost-effective space systems.” 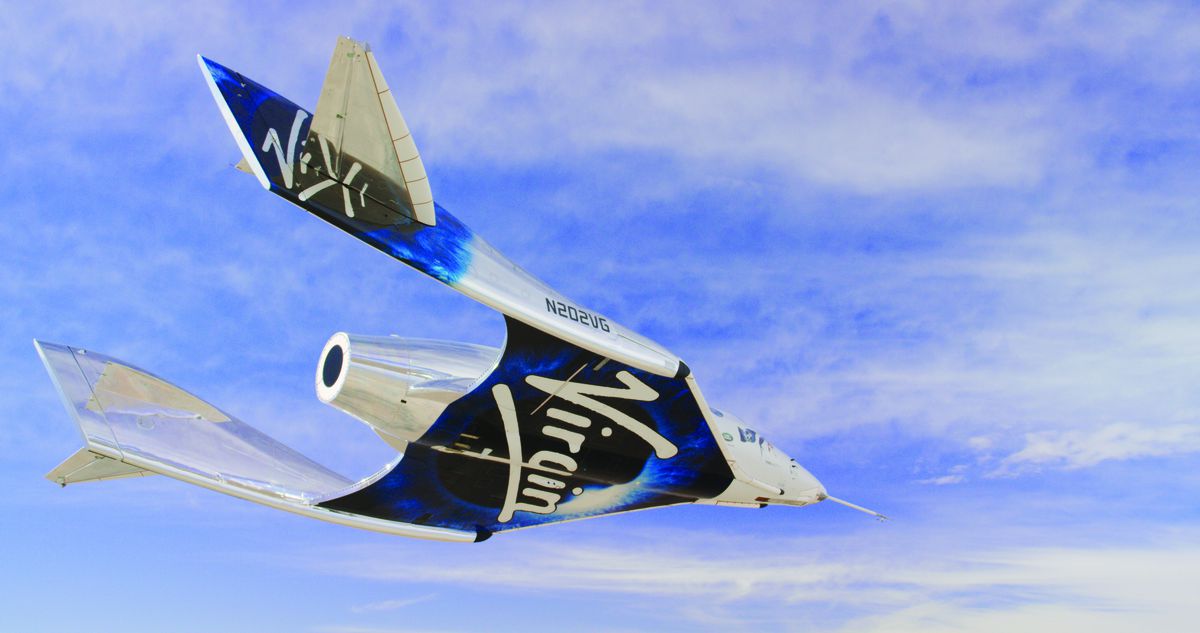 Right now, there are really just two transportation options for NASA to choose from to fly astronauts to the edge of space and back. Richard Branson’s space tourism company Virgin Galactic developed a spaceplane called VSS Unity that can carry passengers to the edge of space before gliding back down to Earth. And Jeff Bezos’ company Blue Origin has a reusable rocket called New Shepard that also launches to space and back, sending passengers up inside a crew capsule that lands via parachutes. So far, Virgin Galactic has sent five employees to space on its spaceplane during two test flights, while Blue Origin has only conducted uncrewed launches of its rocket. Neither company has launched any paying customers yet.

Virgin Galactic CEO George Whitesides said the company is “excited” about NASA’s plans. “This comes on the heels of our Space Act agreement with NASA this week about training private astronauts for ISS missions,” he said in a statement to The Verge. “Public-private partnerships are a key to opening space for good, and we’re inspired for the future of human space exploration.”

With the systems still in development, NASA wants to make sure that its employees will be safe if they fly on these vehicles. That’s why the agency is putting together a Suborbital Crew (SubC) office, within the already existing Commercial Crew Program at NASA, that will review the safety of these vehicles. If Virgin Galactic or Blue Origin want to fly any NASA employees, they need to tell NASA how they are evaluating the safety of their systems, how passengers would survive any accidents, safety standards, and a lot more. NASA also plans to work with the FAA, which regulates space launches, to come up with specific requirements that the companies must meet in order to fly NASA personnel.

Today’s news is part of NASA’s recent embrace of suborbital human spaceflight. In March, NASA administrator Jim Bridenstine discussed that NASA was looking into flying astronauts on suborbital rockets. And before that in January, NASA announced that it would allow researchers from outside of the space agency to apply for opportunities to fly with their experiments on these quick trips to space. Previously, researchers could apply to send microgravity payloads on Blue Origin or Virgin Galactic’s vehicles through NASA’s Flight Opportunities Program, which would help fund and coordinate the trips. But NASA wouldn’t allow the researchers to fly with their payloads, so they all had to be automated.

In March, NASA released a call for research proposals, giving people the option to automate their suborbital experiment or potentially go to space with their work. A draft solicitation said that researchers could potentially receive up to $450,000 or $650,000, depending on the types of experiments they proposed.

“What I’m most excited for is for these flights to actually happen.”

There have been past efforts by NASA to allow researchers to fly on suborbital rockets. Lori Garver, the former deputy administrator to NASA, spearheaded a campaign in 2013 to allow researchers to fly on these vehicles along with their research. “It just seemed obvious to me that part of the lure of doing them with a reusable vehicle like Virgin Galactic was going to be that you could fly the researcher with it,” Garver tells The Verge. “It took a lot to sort of automate your experiment, if you’re not going to be there with it.”

She noted that the extra cost to fly a person for NASA is a pretty small amount. Virgin Galactic’s current ticket prices are set at $250,000, which can be costly for a researcher to pay, but a drop in the bucket for the space agency. However, Garver received pushback on the idea of flying researchers back when she first proposed it. “You know government’s risk averse,” she says. “There were questions about what would NASA’s liability be. It’s one thing to lose your research on a suborbital flight, it’s another to lose your researcher.”

The initiative didn’t move forward at the time, but now the new administration is embracing it again, after years of commercial space advocates calling for a change. Now, the biggest hurdle left is for Virgin Galactic and Blue Origin to start flying customers. “What I’m most excited for is for these flights to actually happen,” says Garver.

How to run Geekbench on your phone or PC