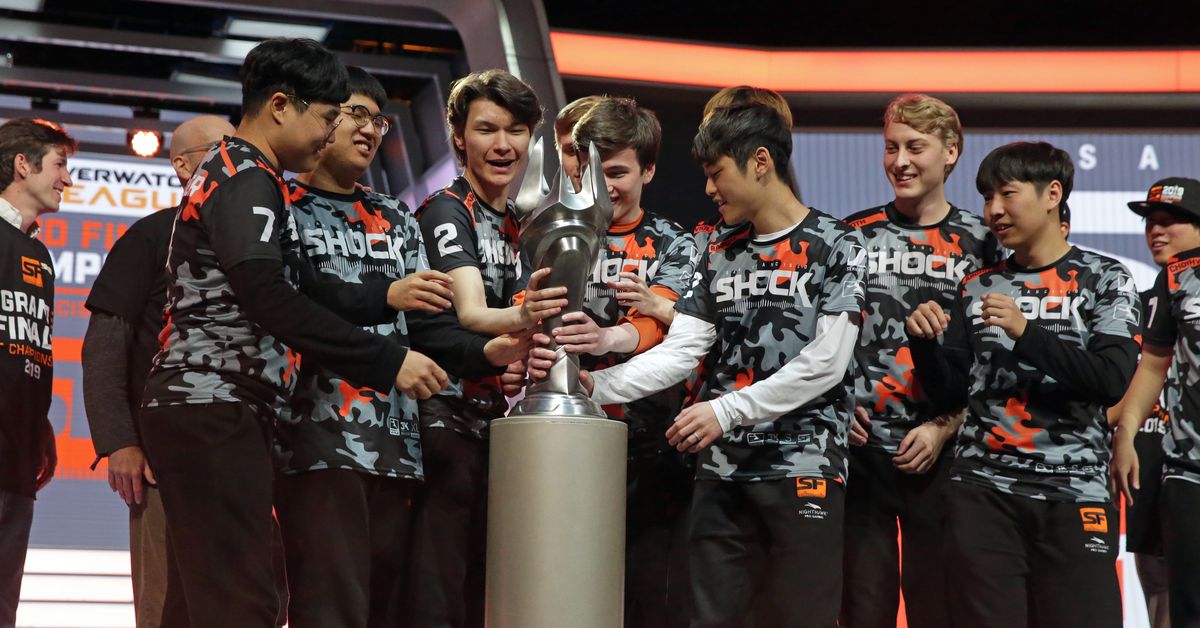 For the first time in its three-year history, there won’t be an arena full of screaming fans to go along with the Overwatch League’s Grand Finals. As the league has shifted online for 2020 due to the ongoing pandemic, it has had to reimagine what its championship tournament will look like. And today Blizzard provided some details on the upcoming playoff format.

Essentially, at the conclusion of the regular season, all of the 20 teams will face off in a playoff-style tournament kicking off on September 3rd, with seeding based on how they performed during the year. The format will be similar to the tournament structure the league adopted midway through 2020, with two competitions: one for teams based in Asia and another for North America. The top two teams from each of those tournaments will then face off in a double-elimination competition, culminating in the championship match. (You can check out full details of the schedule on the league’s website.)

Blizzard says the top two North American teams will fly to an unspecified location in Asia before the finals, with a few weeks off to accommodate for travel and logistical challenges. The entire competition will still be done online, with players, coaches, broadcasters, and producers working remotely. At least, that’s the plan.

“Any time we’re looking two or more months in the future, it’s impossible to predict,” Jon Spector, VP of Overwatch esports, tells The Verge. If traveling is out of the question come September, the plan is to crown two regional winners instead of one overall league champion. It’s not an ideal situation, Spector admits, but the league is trying to plan for every possibility. “It’s important that we have that backup plan available,” he says.

Big esports championships thrive on spectacle; the League of Legends World Championships has become know for its elaborate musical acts, while OWL’s first two Grand Finals were celebrity-laden affairs that took place in sold-out arenas in Brooklyn and Philadelphia. That kind of energy is impossible to replicate online, but Spector says that the league is planning to do some things to make this year’s championship special — though what exactly that may look like remains to be seen.

“We want to do everything we can to create an immersive entertainment experience for fans who can’t be with us,” Spector explains. He says the league will likely work with the top four teams to make sure their remote spaces are as broadcast-friendly as possible, which could potentially mean adding things like robotic cameras for more dynamic views of the players. OWL has also been looking at some of the creative ways traditional sports have dealt with stadiums devoid of fans for inspiration. All of that remains in flux as of now, however.

“We don’t want to take any unnecessary risks.”

The biggest concern, he says, is ensuring the safety of players and staff, which is part of the reason the finals won’t take place in a studio environment, despite the fact that several esports leagues in China and Korea have gone back to utilizing studio spaces as social distancing restrictions have lifted. “We don’t want to take any unnecessary risks,” says Spector.

OWL’s sister league, the Call of Duty League, also announced its revamped playoff format yesterday, and it’s similar to the one being used for Overwatch. CDL playoffs will begin on August 3rd, with all 12 teams competing in a double elimination competition. The top four teams will then advance to the championship weekend, which will take place on August 29th and 30th. The playoffs come at a time when the CDL is riding high; Activision says that the league saw its highest peak viewership during the most recent tournament, with 115,000 viewers tuning in to watch Atlanta play Chicago.

Wilmot’s Warehouse is a clever puzzler about staying organized

How to set a vacation responder in Gmail