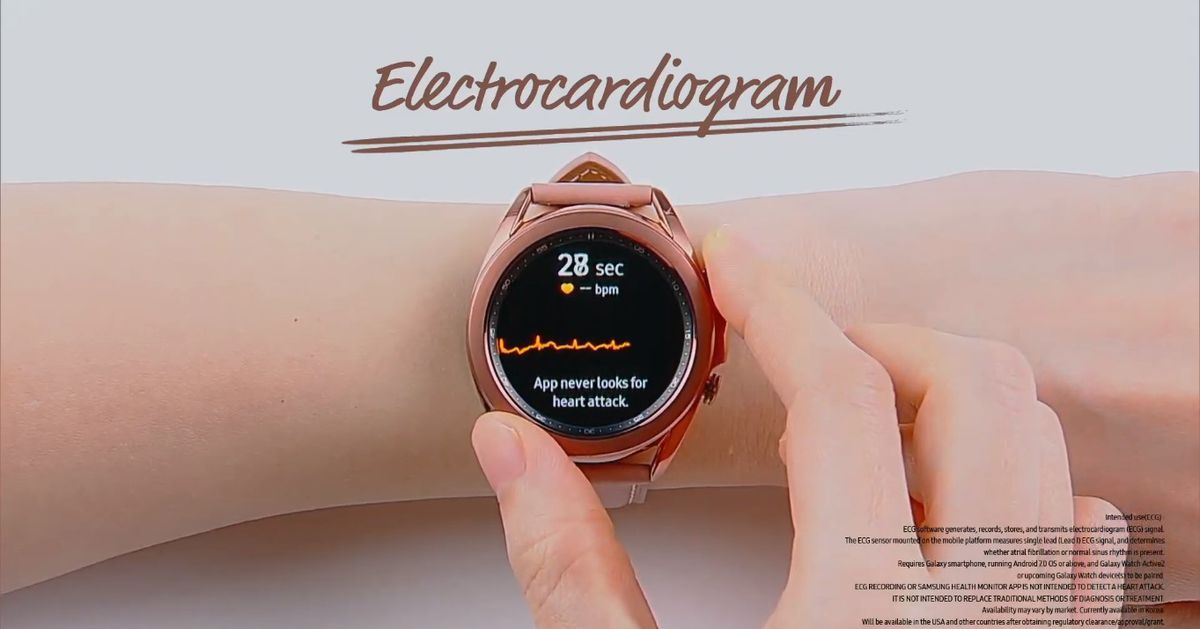 The Samsung Galaxy Watch 3 includes a heart-monitoring electrocardiogram (EKG or ECG) app, which has been cleared by the US Food and Drug Administration (FDA). It’s the second smartwatch in the US with this feature; the Apple Watch received clearance for a similar app in 2018.

The clearance means that the watch can be used as a medical device. It’s not the same as full approval, which is a high standard only given to high-risk Class III devices (like pacemakers) that go through extensive testing. Samsung’s app is a lower risk Class II product, an FDA spokesperson confirmed to The Verge. The Apple EKG app is also Class II — as are pregnancy tests and blood pressure cuffs.

It’s not clear when the Samsung app will be made available to US users.

The existing Samsung Galaxy Watch Active 2 already had an EKG feature, but it hasn’t been usable in the US. The EKG app was cleared and activated in South Korea in May, but it’s not clear if it will be unlocked on the Active 2 for US users.

The Galaxy Watch 3 also has a blood pressure and blood oxygen monitor, but those features haven’t received clearance and won’t be available in the US.

Update August 5th, 2:38PM ET: Updated to include confirmation from the FDA.

The Essential Need for 5G