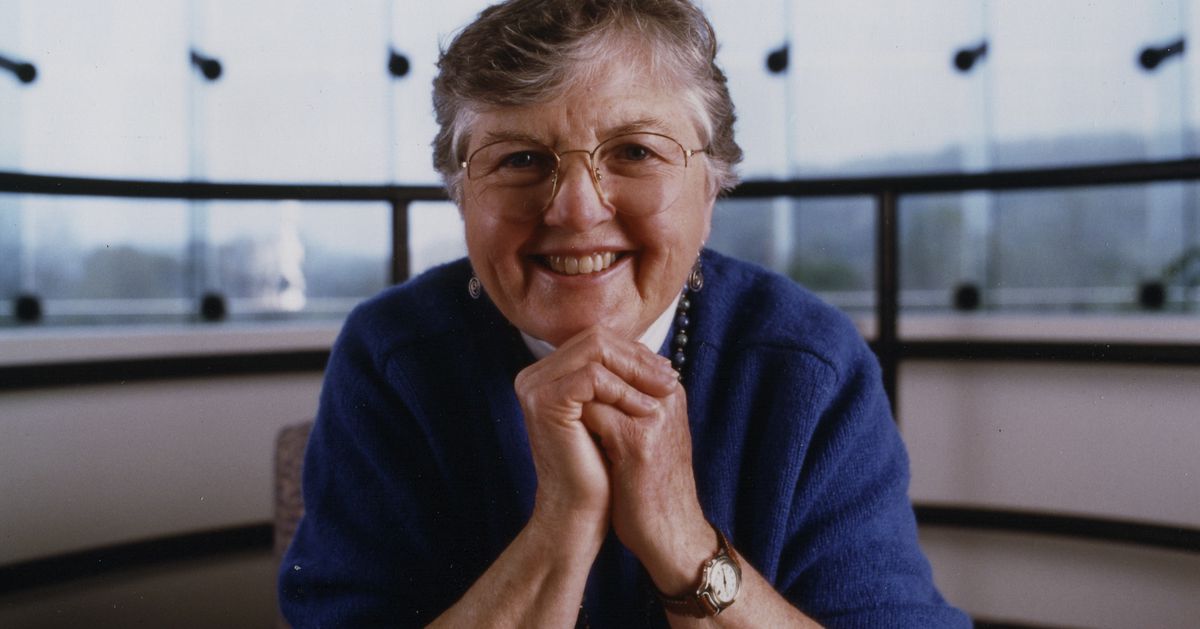 Frances Allen, whose work on computer compiling helped establish a foundation for much of modern computer programming, died on August 4th, her 88th birthday. She was the first woman to win the Turing Award, and the first female IBM fellow. Allen was determined to make the tedious compiling process — converting software programs into ones and zeroes— more efficient. The work became a hallmark of her career.

After receiving a master’s degree in mathematics from the University of Michigan, Allen took a job with IBM Research in Poughkeepsie, NY, in 1957, intending only to stay until she had her student loan debt paid off. She taught IBM employees the basics of its new Fortran language, later becoming one of three designers for the company’s Stretch-Harvest project.

Allen also served as IBM’s language liaison with the National Security Agency, where she helped design and build Alpha, which IBM describes as “a very high-level code breaking language which featured the ability to create new alphabets beyond the system defined alphabets.” The New York Times obituary for Allen notes that the Stretch-Harvest machine was used to analyze communications intercepted by American spies. Allen helped built its compiler, and its programming language.

In a 2002 New York Times profile, Allen said there was much initial skepticism of Fortran and how effective it could be in making computer programming easier and more efficient, which was a main focus of her career. ‘’There was tremendous resistance,’’ she said. ‘’They were convinced that no higher level language could possibly do as good a job as they could in assembly.’’ But the work sparked her interest in compiling, she said later, “because it was organized in a way that has a direct heritage to modern compilers.”

Allen helped build an experimental compiler for IBM’s Advanced Computing system, and from 1980 to the mid-1990s, she headed a research team at IBM working on the new concept of parallel computing, which became widely used in personal computers. She also helped develop software for IBM’s Blue Gene supercomputer project.

IBM said in an appreciation that Allen made seminal contributions to programming and compiler research. She also published several papers on program optimization, control flow analysis, and in 1972 co-wrote “A Catalog of Optimizing Transformations” with fellow IBM computer scientist John Cocke.

Allen spent 45 years at IBM, retiring in 2002. She received the Turing Award in 2006. A strong supporter of mentoring other women in programming, Allen was inducted into the Women in Technology International Hall of Fame and received the Augusta Ada Lovelace Award from the Association for Women in Computing, according to IBM.

“She broke the glass ceiling,” her colleague Mark Wegman told the New York Times. “At the time, no one even thought someone like her could achieve what she achieved.”

Elden Ring Has Secretly Made Some of its Bosses Less Challenging

Apple’s new Mac Pro will be available to order on December...