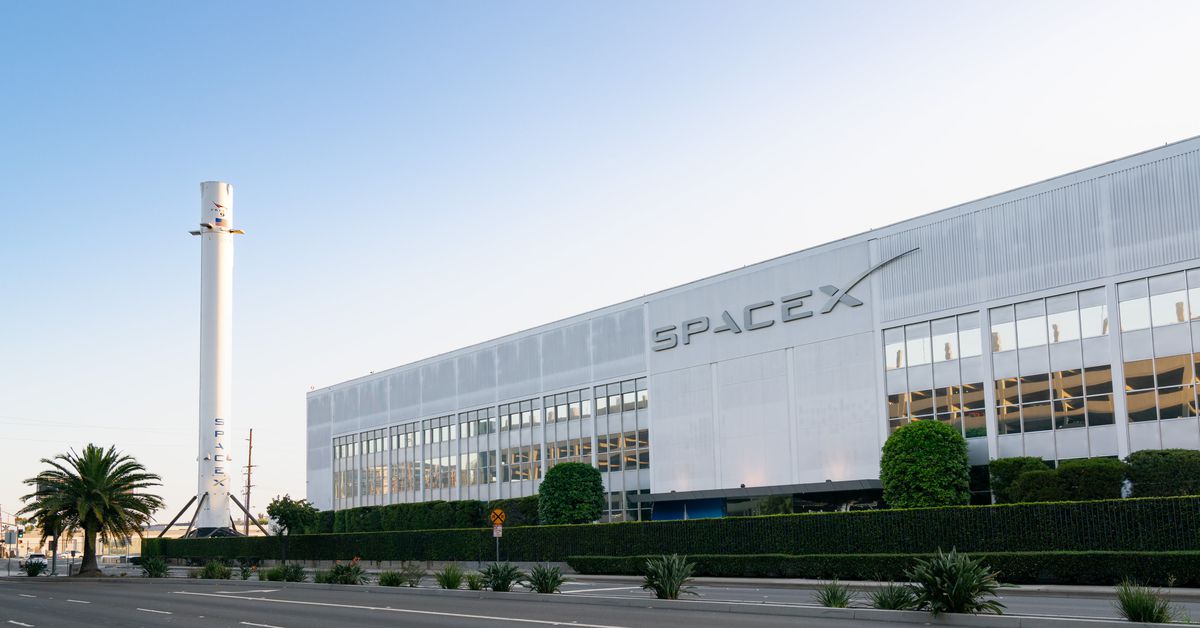 A former intern at SpaceX is suing the aerospace company, claiming that SpaceX retaliated against her after she reported experiencing sexual harassment and gender discrimination while on the job, according to a new lawsuit. The suit alleges that the former intern was not extended a full-time job opportunity when she brought up inappropriate comments and actions made by her then manager.

The plaintiff, Julia CrowleyFarenga, worked as a summer intern for SpaceX in 2015, 2016, and 2017, according to a lawsuit filed August 21st with Los Angeles County Superior Court and first reported by Business Insider. While at the company, she worked in the propulsion division under the same manager each summer, the suit says.

During her last summer at the company, CrowleyFarenga went to human resources about the manager, complaining that his behavior made her uncomfortable. For instance, he would allegedly spend much longer meeting with her in one-on-one meetings — between an hour and a half and two hours — while he’d only meet with the other male interns for 30 minutes at a time. The manager also would talk about topics unrelated to work throughout these meetings, the suit claims.

She claims he told her she “talks to men too much”

The suit alleges that the manager would also make numerous remarks about the men CrowleyFarenga spoke to. She claims he told her she “talks to men too much” and that he told her, “Be careful who you are seen talking to, people may get the wrong impression about why you are here,” after he saw her talking to a man he didn’t recognize. During one meeting, the manager allegedly told CrowleyFarenga that he’d rather be with her at “Harry Potter World.” He also reportedly told her, “You are unique, I could spend the rest of my life trying to figure you out,” according to the suit.

CrowleyFarenga says she went to HR about the behavior and later met with the vice president of propulsion, Will Heltsley. He offered to transfer CrowleyFarenga to another division, which she accepted. After the HR meeting, CrowleyFarenga received a negative performance review, after receiving five previous positive reviews, the lawsuit claims. She had also received verbal indications that her work was fine, according to the suit. Once CrowleyFarenga’s internship was up, SpaceX did not extend an offer for her to return to the company.

Later, CrowleyFarenga applied for a full-time position after she graduated and was told there was “no indication” she wouldn’t get the job. But she ultimately didn’t get the position, and the suit claims that she learned later that “Heltsley had stopped her from being hired.”

The lawsuit argues that CrowleyFarenga “suffered and continues to suffer damages in terms of lost wages, lost bonuses, lost benefits, and other pecuniary loss according to proof.” It claims that she “also suffered and will continue to suffer physical and emotional injuries, including nervousness, humiliation, depression, anguish, embarrassment, fright, shock, pain, discomfort, fatigue, and anxiety.” SpaceX did not respond to a request for comment in time for publication.

The algorithms big companies use to manage their supply chains don’t...