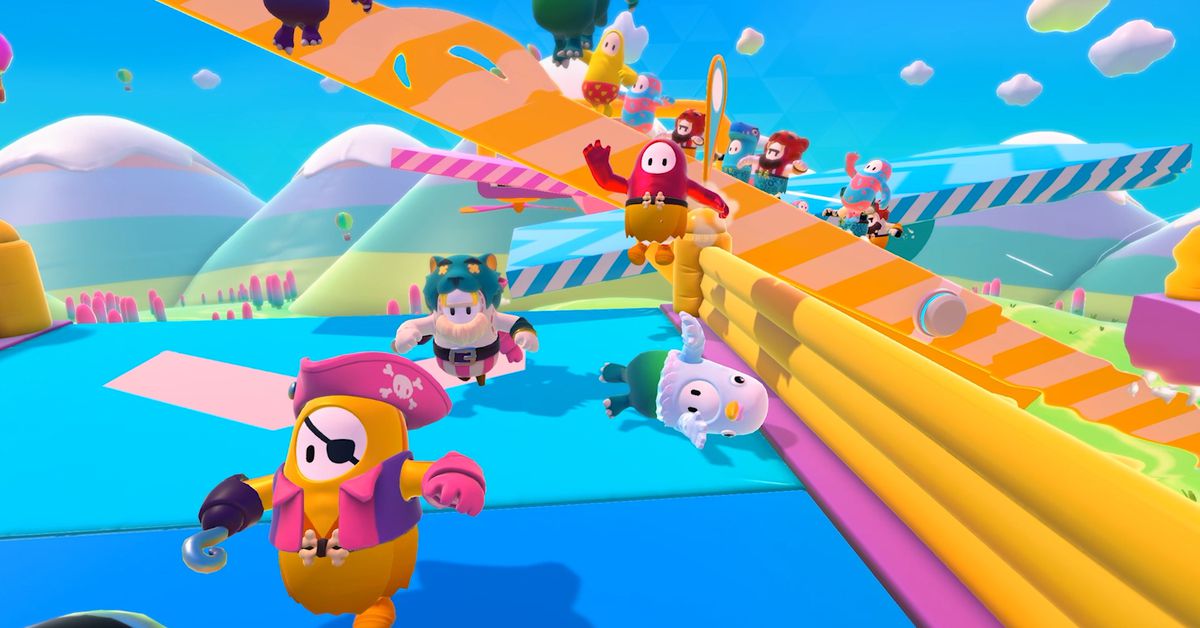 Brands and influencers have locked in a Twitter bidding war for the chance to get a branded costume added to Fall Guys since August 17th, and that bidding war came to an end today. G2 Esports, Tyler “Ninja” Blevins, Aim Lab, and Jimmy “MrBeast” Donaldson, have emerged victorious as a team effort, pledging to donate $1 million to charity.

Mediatonic confirmed the news today, calling it “probably the spiciest team up since The Avengers,” with a tweet from Aim Lab. “Crowns should be held in the palms of those who continue to do good,” Aim Lab said on Twitter. It’s unclear what the costume will actually look like or when it will be added to the game.

The first official bid was €212 from PC hardware manufacturer Cooler Master, and the pledges quickly escalated into the hundreds of thousands of dollars from there. A wide variety of brands and influencers were in the mix, including Warframe, G2 Esports, MrBeast, Ninja (who partnered with FPS training software Aim Lab for a later bid), and even a bidet company, which at one point was offering a donation of $420,069.69.

The money will go to Special Effect, a charity that helps people with disabilities find ways to play video games.

Fall Guys has been a sensation since its release on August 4th, selling more than 7 million copies on Steam and becoming the most-downloaded PS Plus game of all time in a little over three weeks. Right now, it’s only available on Steam and PlayStation 4, but a mobile version is in the works to release in China.

Silicon Power Has Announced the A62 Game Drive HDD

Big Data: The Key Focus of a Data Scientist