I’ve been following Microsoft since before it was called Microsoft. This is because back in the 1970s I was approached to go to work for the company but had already taken another job and never took the interview.

For most of my life, I’d viewed Microsoft as my road not traveled, and then in 1995, I became the operating system analyst covering the Windows 95 launch, and my life changed. Through much of the 1990s Microsoft tried for dominance the wrong way. It went from being beloved to being broadly hated and almost got broken up. Bill Gates and Steve Ballmer left the company. Satya Nadella came in, and now Microsoft is both more powerful and not threatening because they approach market dominance the right way — by not focusing on it.

At Microsoft Ignite last week, the breadth and focus that Microsoft demonstrated were arguably well beyond what any other company is capable of doing. I think this lesson is worth remembering because Microsoft, unlike its peers facing antitrust action, is showing how to become powerful without becoming a threat. The result is far more powerful and far less risky than the company’s prior path.

Let’s talk about that this week — and we’ll close with my new favorite Mesh Network pure play, the Netgear Orbi AX4200.

When Microsoft first ramped up under Bill Gates and Steve Ballmer, it was a “take no prisoners” approach, and both partners and customers were secondary to the effort. It was all about dominance and control. They partnered with companies like IBM and 3Com and then betrayed the partnerships, implying that their partners were foolish to have trusted them.

They were laser-focused on domination and their behavior over time disenfranchised customers. I had CIOs tell me they wouldn’t buy anything from Microsoft or anything that would likely become part of Microsoft. Major customers got so pissed they launched a competing product called Linux.

This approach is dominance by force. When a company focuses on exclusion, growth, and dominance, they abuse their power and eventually either the customers’ revolt or a government takes them apart. While countries can use this approach (we call them monarchies and dictatorships), they tend to fail catastrophically and become increasingly inefficient because they lose the support of their citizens and are feared by their neighbors.

When I was growing up, my grandmother told the Aesop’s Fable of a fight between the Wind and the Sun. They were having a an argument about who was stronger, and they bet who could get a man to take his coat off the quickest. The Wind tried to blow it off, and the man buttoned his coat up and did everything he could to wrap it around his body. The Wind blew until he was exhausted, but he could not remove the coat from the man’s back. The Sun, when his turn came, just gradually warmed up, and the man took his coat off voluntarily.

The moral of the story is that if you can make someone want to do what you want them to do, it is far easier than forcing them to do the same thing.

This approach was Microsoft’s second and current strategy. Instead of focusing on dominance and power, it focuses on what customers and partners want; and build products that people want to buy. This strategy change has resulted in offerings like the Edge Browser, which builds on Google’s Chrome Browser base while improving usability, security, and customer satisfaction.

Rather than leaving security up to third parties, Microsoft is designing it in. Security isn’t a ton of fun, but it is critical for customer satisfaction, and the third-party approach wasn’t efficient. It degraded Microsoft’s brand because to sell its solutions, security firms had to market Microsoft’s security exposures. Car companies often experience this with extended warranties offered by third parties who have to disparage your car’s reliability to get you to buy the extended warranty.

Teams is another example of the profound change at the Microsoft. It’s matching popular features like breakout rooms championed by Zoom and critical to engagement in large events. But Microsoft is better securing the product, providing features that allow you to place large groups of people in the more natural audience like format. Thus providing a market-leading number of user options, so users can better use the tool.

Microsoft is simplfying development tools, so even teachers struggling with teaching from home can create their apps quickly and efficiently to focus on teaching, not becoming Shadow IT. Rather than building another iPhone clone, they created the Surface Duo to address the underserved business need in smartphones (running Android, this is now my favorite phone).

The company is providing the capability to put AI in everything, and it has projects like Project Premonition that could predict the future and save millions from the next pandemic; and this effort could provide a foundation for predicting the future even more broadly.

Microsoft has partnered with Qualcomm to redefine the laptop with the Always Connected PC, and joined up with Intel to create revolutionary PC designs like the coming Surface Neo. The improvements to Microsoft 365 from Microsoft Office are notable. Over the last few years those offerings have been transformed, updated, and improved significantly.

Its advances in AI have cut across Microsoft’s offerings and are already making a difference at companies like Pepsico. (This stuck with me because the speaker for that session also loves Flaming Hot Cheetos, which are also my favorite.)

Microsoft Ignite was one of the most notable events I’ve ever attended in person or online. Still, you had to look at the sessions collectively, not individually, to see that power; and I would never have been able to do that with an in-person conference. You lose too much time running between sessions and tend to focus on areas of interest rather than the entire gestalt.

There was even a session on telephony, suggesting we could be see a significant revolution in how we communicate by phone. It is about time the analog voice capabilities and digital capabilities fully merged.

By focusing on solutions and customer needs, rather than dominance and profits, Microsoft achieves all four with little or no risk of being regulated — because there is no sign of abuse. This change in focus has not only resulted in a more successful company, but one where the employees appear to be far less stressed out and more excited and proud to be working there.

To say I was impressed would be an understatement; this was impressive work, and I can hardly wait to see how Microsoft blends the capabilities it showcased into next year’s event. For instance, using applied AI to dynamically create attendee agendas would be a game changer alone. AI was only one of many things Microsoft announced that could change how we communicate and collaborate forever.

Mesh routers allow you to cover a large home with strong WiFi signals. The two best platforms are the Linksys Velop and the Netgear Orbi. The thing with mesh routers is that they work best when you put the satellite units out in the open, so their antennas are unrestricted. Having to be visible means they need to look good. Of the two solutions, the Netgear Orbi WiFi 6 System AX6000 is the best looking, but it’s also wicked expensive and it provides more capability than most need. For instance, a two-pack (router plus one satellite) costs just under US$700.

Well, Netgear just launched its Orbi AX4200, which is also WiFi 6 and nearly as attractive. It has a few less features, but a three-pack (one router and two satellites) costs just under $550. Sadly, two-packs are currently sold out, but each satellite is $100 less than the more expensive AX6000, and they work with the AX6000 router. 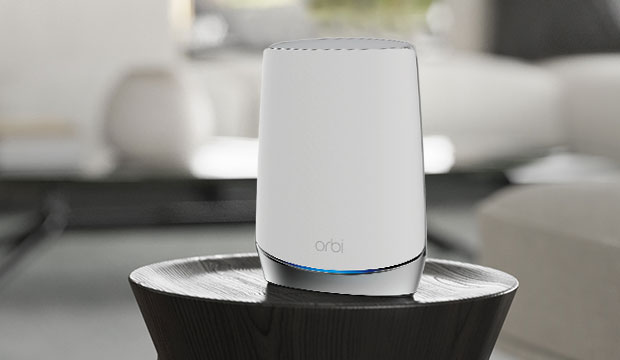 I’ve been using the AX4200 system for a week along with my Linksys and Orbi AX6000, and it has performed flawlessly. The AX4200 is all that’s needed for a house of six users or less, and it appears to work just as well as its more expensive sibling.

As we work and entertain ourselves from home, having a robust network solution is essential. The Orbi is one of the best — and indeed the best looking. The Netgear Orbi AX4200 is also more affordable, and I’m a fan of bargains, so this system is my product of the week.

To the Moon: Shiba Inu (SHIB) Finally Reaches a New All-time High Price – Is a 1 Cent Price Level Next?