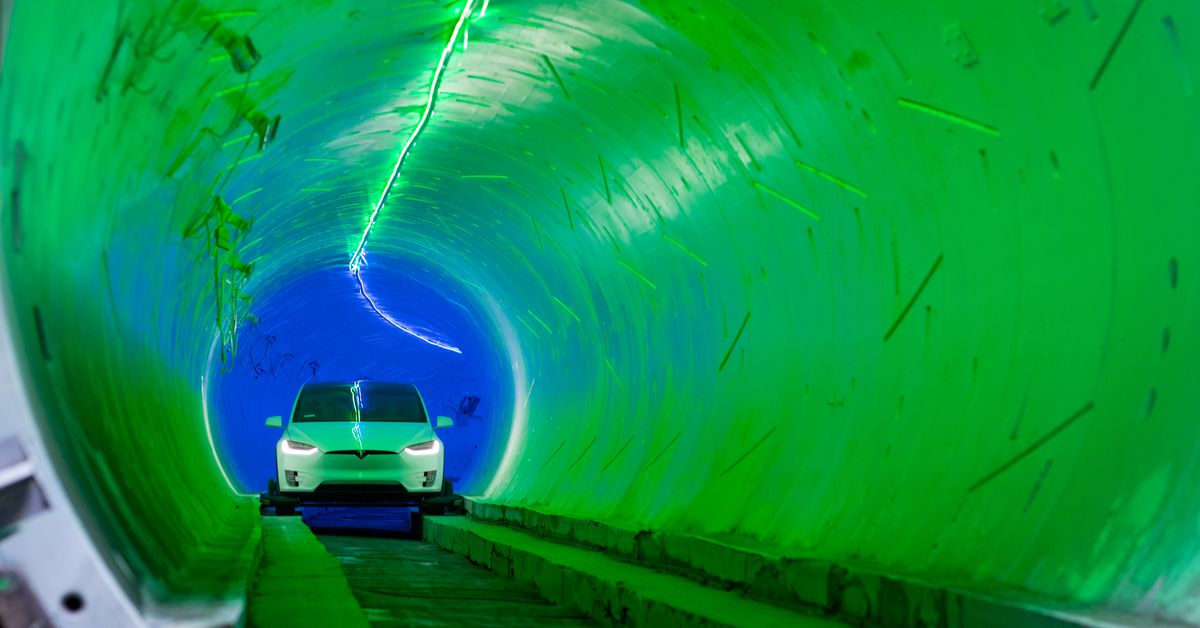 Elon Musk’s Boring Company’s system of tunnels to shuttle people under the Las Vegas Convention Center (LVCC) may not be able to move as many people as originally promised, according to documents obtained by TechCrunch. That’s not just disappointing — it may also mean financial penalties for The Boring Company.

The choke point isn’t technology — it’s fire regulations. In one of the three loading zones for the tunnel network, called the Convention Center Loop, only 800 passengers an hour are allowed. If that’s true of all three loading zones, the Loop will only move about a quarter of what it promised: just 1,200 people an hour, according to TechCrunch. It’s unclear what might be enforcing that limit of 800 passengers, as the plans don’t include any turnstiles or barriers that could help control the flow of passengers.

There are financial consequences if The Boring Company can’t actually shuttle as many people as promised with the Convention Center Loop. It may miss out on more than $13 million of its construction budget. It will also be penalized $300,000 for every trade show that it doesn’t move an average of 3,960 passengers per hour for 13 hours, to a maximum of $4.5 million in fines, according to TechCrunch.

The Loop is also behind schedule. The Boring Company was scheduled to have completed the system by October 1st, according to the documents, a date that would have had the Loop up and running ahead of the 2021 Consumer Electronics Show — though that conference will now be online-only. Now, the Loop is set to open in “maybe a month or so,” according to an October 14th tweet from Musk. The Boring Company completed digging the tunnels for the Loop in May.

Maybe a month or so. Some finishing touches need to be done on the stations.

In the Las Vegas Loop, passengers will ride in Tesla Model Xs, Model 3s, and a modified Model 3 that can hold up to 16 passengers at a time, and they’ll travel through the tunnels at speeds of up to 155 miles per hour, according to the project’s website. The Boring Company first unveiled a version of its tunneling system in December 2018.

Microsoft, OpenAI Shoot for the Stars

As Epic v. Apple approaches the courtroom, Valve is getting sued...