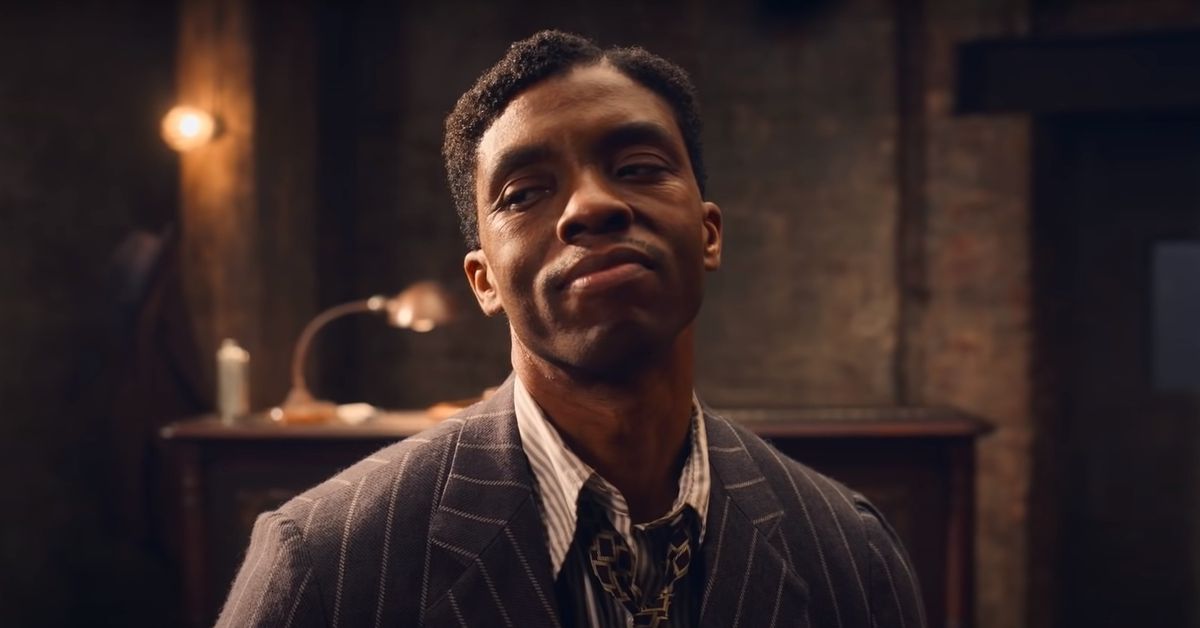 So in between catching up with episodes of Grace and Frankie and watching the presidential debate, I tried to watch the new Netflix version of Rebecca, which is exactly the kind of flick I am usually 100 percent here for. I couldn’t figure out why I wasn’t able to really get into it, but I think Josh Rivera’s review really nails it: it’s kind of a boring take on the story.

It’s a beautiful-looking movie, but idk, none of the characters — except maybe Kristen Scott Thomas’s Mrs. Danvers— has much depth. I’m about three-quarters of the way through it and still waiting to feel the sense of dread I did reading the novel. Maybe the final act will bring it home?

In any event, there are a lot of great new trailers to check out this week, so I’ll have something new to watch soon.

Viola Davis stars in this adaptation of August Wilson’s 1984 play, which tells the story of real-life blues singer Ma Rainey. Davis won Best Supporting Actress for her role in Fences, also based on an August Wilson play, and the buzz is strong that she may bring home an Oscar for this role as well. Ma Rainey’s Black Bottom also stars the late Chadwick Boseman as Levee, another performance generating a lot of Oscar talk. It hits theaters and Netflix December 18th.

Based on the Broadway play of the same name, The Prom has an absolutely ridiculous all-star cast that includes Meryl Streep, Nicole Kidman, Kerry Washington, and Keegan Michael Key. A teenager in Indiana is banned from attending the prom with her girlfriend, then a group of Broadway stars takes up her cause, partly to help their sluggish careers. It has feel-good musical written all over it (and that’s OK! We could use a little feel-good right about now). Directed by Ryan Murphy, The Prom hits Netflix December 11th.

After a harrowing car accident, a woman is stuck in a dream-like limbo trying to figure out how to move forward with her life by confronting the problems in her marriage. Siena Miller and Diego Luna star in Wander Darkly, which debuts on demand December 11th.

News of the World

Five years after the Civil War, a widower and war veteran goes from town to town telling people the news. He meets a young girl on the run and tries to help her reach her family safely. Think Aliens (but Ripley is a guy and it’s not in space), or True Grit but with a more kindly father figure. Tom Hanks stars as Captain Jefferson Kyle Kidd in News of the World, directed by Paul Greengrass. It’s slated to hit theaters on Christmas.

Brace yourselves: Since it’s nearly the end of October the movies coming up include less horror/scary and are edging toward… <drum roll> the h o l i d a y s! I have a dear friend who loves Hallmark Christmas movies and this time of year I sometimes have to mute his Twitter feed because he’s so fricking JOYFUL. But, Dash & Lily looks cute enough to be worth enduring the Christmas music on the soundtrack. Based on the young adult series Dash & Lily’s Book of Dares, it’s the story of two young people who exchange notes with each other in a shared diary— an epistolary romance, if you want to really nail down the genre. Dash & Lily arrives on Netflix November 10th.

A Glimpse of Our Wireless Future