Today, Amazon filed suit against an influencer and a range of online businesses over an alleged counterfeiting scheme conducted across Instagram and Amazon’s Marketplace platform. According to the complaint filed in federal court in Washington state earlier today, the influencers advertised counterfeit luxury items on their Instagram page to be sold under dummy listings to Amazon Marketplace.

In its complaint, Amazon describes the scheme as “a sophisticated campaign of false advertising for the purpose of evading Amazon’s counterfeit detection tools.” 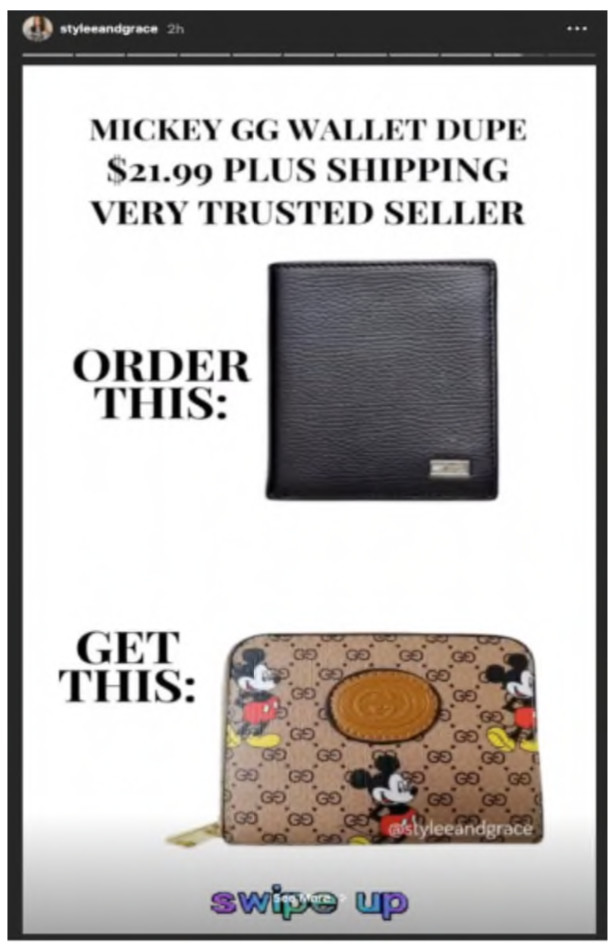 The complaint centers on a Long Island woman named Kelly Fitzpatrick who operated the now-defunct @styleeandgrace Instagram account exploring what she called the “world of dupes.” Investigators say they purchased 12 different counterfeit items through Fitzpatrick (eight Gucci, four Dior), who typically advertised items on Instagram and directed followers to an Amazon link for the final purchase.

Crucially, the Amazon listing typically displayed a different item from the one advertised on Fitzpatrick’s Instagram account. This allowed Fitzpatrick to sell counterfeit goods through apparently legitimate listings, so long as buyers trusted they would receive the item from her Instagram page rather than the one on Amazon. While Amazon scans its own platform for images of counterfeits, it was often unaware of the Instagram posts offering counterfeits, and thus had no reason to flag the listing.

Fitzpatrick didn’t make or ship the counterfeits herself; that fell to a range of Chinese companies, many of which are named as co-defendants. Fitzpatrick would receive payment through Amazon’s affiliate program, which gives influencers and websites (including this one) a small percentage of purchases that they refer. Fitzpatrick was eventually banned from the program after being linked to counterfeit listings. She launched multiple other accounts attempting to evade the ban but was unsuccessful.

The case is being brought by Amazon without the assistance of prosecutors, and there are no criminal charges associated with the claim. As a result, the defendants are only faced with monetary damages and a permanent ban from Amazon’s various platforms. It is the result of work by the company’s internal Counterfeit Crimes Unit, launched in June 2020.

The director of the unit, Cristina Posa, described the scheme as a sign of the dangers of unmonitored platforms. “These defendants were brazen about promoting counterfeits on social media and undermined the work of legitimate influencers,” she said in a statement. “This case demonstrates the need for cross-industry collaboration in order to drive counterfeiters out of business.”