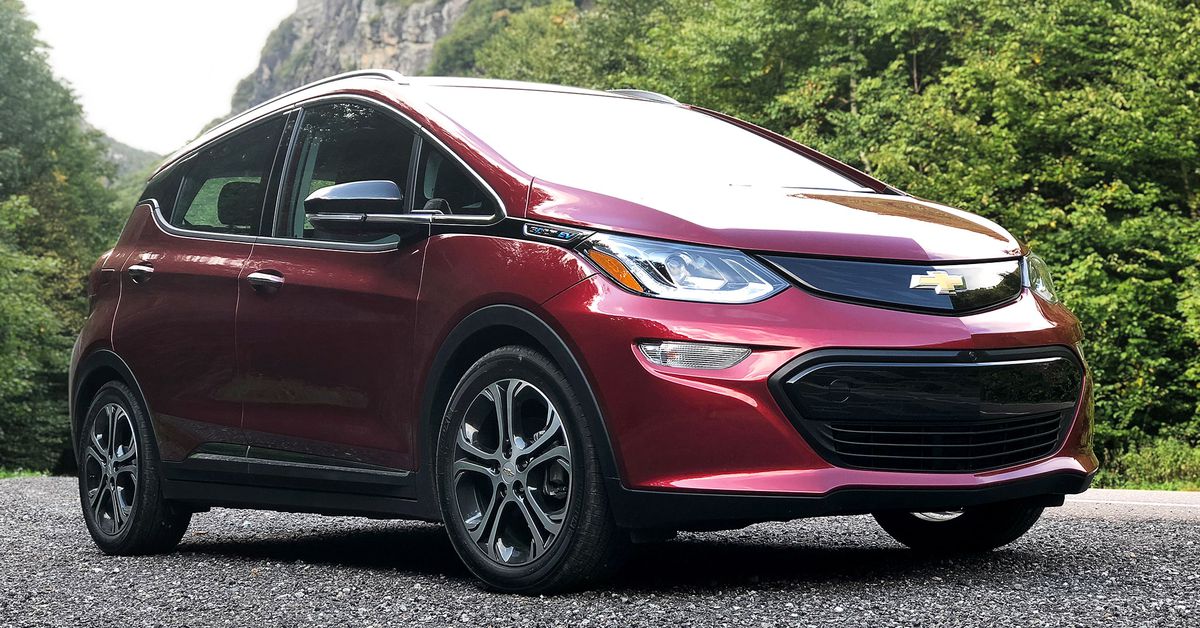 General Motors issued a recall for 68,667 Chevy Bolts after several battery fires were reported, according to The Detroit News. The vehicles affected by the recall were manufactured between 2017 and 2019. The automaker is working with US auto regulators to identify the causes of the fires, the report states.

There have been at least five incidents of fires involving Bolts with fully charged or almost fully charged batteries, the News reports. Three of those fires are under investigation by the National Highway Traffic Safety Administration, which oversees vehicle defects. GM has found two reports of injuries due to smoke inhalation. The batteries are manufactured by LG Chem at the South Korean company’s facility in Ochang.

According to NHTSA, 50,932 of the affected vehicles are based in the US. “The affected vehicles’ cell packs have the potential to smoke and ignite internally, which could spread to the rest of the vehicle and cause a structure fire if parked inside a garage or near a house,” the agency said in a statement. Chevy Bolt owners are advised to keep their vehicles parked outside.

While the investigation continues, GM said it has developed software that will limit vehicle charging to 90 percent of full capacity to prevent future incidents. Chevy dealerships have been tasked with updating their customers’ vehicle battery software beginning on November 17th to limit the maximum state of charge to 90 percent.

“We believe this action will reduce the risk of a vehicle fire, while we continue working around the clock to identify the root cause,” a Chevy spokesperson said, “and we intend to deploy a final solution to restore as much battery capacity as possible, after the first of the year.”

In the meantime, Chevy is advising Bolt owners to change the charge settings on their vehicle to enable either “Hilltop Reserve” (for 2017 and 2018 model year vehicles) or “Target Charge Level” (for 2019 model year vehicles) using their vehicle’s infotainment center. Changing these settings will temporarily limit the vehicle’s state of charge to 90 percent. Customers who can’t make these changes should avoid parking their car in their garage or carport until after they have visited their dealer, Chevy warns.

GM, which owns Chevy, Cadillac, and GMC, is the latest automaker to issue a voluntary recall due to battery defects. Last year, Audi recalled over 500 E-Tron SUVs, the company’s first all-electric car, because of a risk for battery fires. China’s NIO recalled nearly 5,000 of its ES8 electric SUVs after multiple reports of battery fires surfaced in 2019.

There’s no evidence that electric vehicles catch fire at a rate that’s any different from internal combustion cars, but the topic has received increased scrutiny as more EVs hit the road. First responders are even being trained to handle EV battery fires since they can’t be extinguished via some traditional methods.

Tesla’s vehicle fires have especially caught a lot of attention — to the point that CEO Elon Musk has publicly pushed back on the coverage of those incidents. Other automakers, like Jaguar, have experienced isolated fires with their electric cars.

GM is preparing to reveal two new versions of the Chevy Bolt. A refreshed Bolt and a larger Bolt Electric Utility Vehicle were first announced at the automaker’s “EV Day” earlier this year and are expected to enter production in summer 2021.

Pixel 4A could feature a hole-punch display, unofficial render claims

Apple may release a new Apple TV with an A12 chip