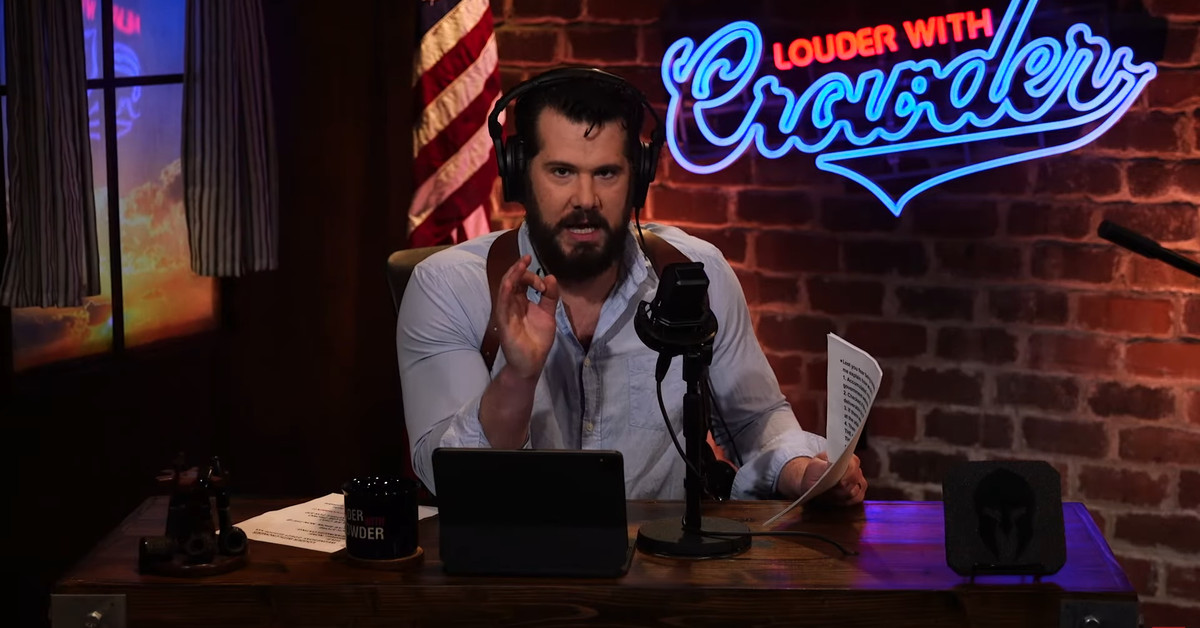 YouTube removed an extremely racist video from conservative commentator Steven Crowder this week, citing violations of the platform’s COVID-19 misinformation policy — not its hate speech policy — as the reason for the removal. Inexplicably, though, the video did not violate the company’s hate speech policies at all, the company told OneZero, despite Crowder and his co-hosts making numerous racist comments about Black farmers.

If you were curious, here is YouTube’s full hate speech policy. And if you want to hear the offensive comments from Crowder’s show, Media Matters clipped them in this tweet. I will warn you that they are awful.

This means YouTube has a ridiculously high bar for hate speech, as OneZero’s Will Oremus points out:

You’re free to mock, caricature, and belittle people based on their race, just as long as you don’t come right out and say you literally hate them.

While you could argue that YouTube’s just enforcing the policies it has, not the policies you might want, remember that YouTube has the ability to change those policies whenever it likes. That’s what it did nearly two years ago in 2019, updating its hate speech policy “by specifically prohibiting videos alleging that a group is superior in order to justify discrimination, segregation or exclusion based on qualities” including race and gender.

That should mean that hate speech doesn’t have to rise to the level of “promoting hatred” (the language YouTube used to OneZero) to result in a policy violation, or to stop promoting Crowder as a YouTube Partner.

Speaking of which, YouTube also said in that 2019 post that it would take action on hate speech that comes “right up to the line” as well, warning that “Channels that repeatedly brush up against our hate speech policies will be suspended from the YouTube Partner program.” In 2020, after Crowder’s YouTube Partner status was originally reinstated, YouTube told The Verge it would “take appropriate action” if there were more violations on his channel.

What will it take now?

I do not Feel Good Inc about the Gorillaz NFTs

Living in the COVID-19 World: TV Hosts Struggle at Home