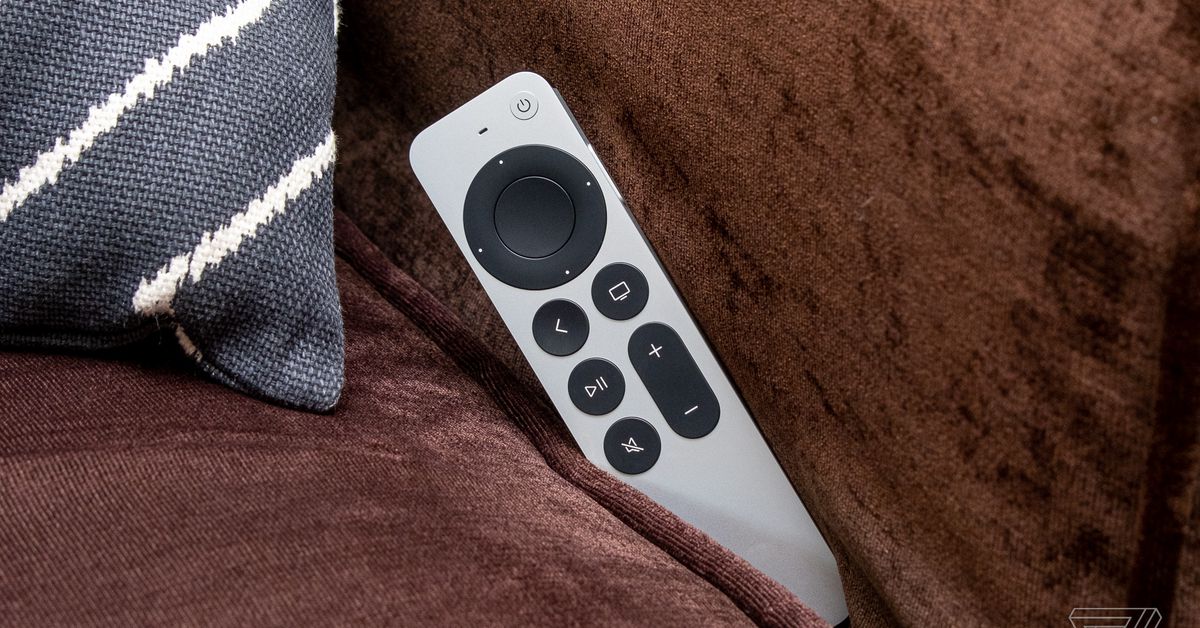 We have poked a considerable amount of fun at the Apple TV’s Siri Remote over the years, and we’re pleased to say it’s finally fixed — except for the headsmacking decision not to stick the company’s AirTag UWB locator technology into one of the few gadgets absolutely, positively guaranteed to get lost in your couch cushions someday. Why?

Today, Apple VP Tim Twerdahl answered that burning question in perhaps the most unsatisfactory way imaginable: simply, that the new TV remote’s thick enough you shouldn’t need to worry about that much anymore.

Here’s the whole exchange between Twerdahl and MobileSyrup’s Patrick O’Rourke:

Q: Was there ever any thought to adding some sort of AirTag-like technology in the Siri remote? I’m always losing the remote in my couch cushions and it seems like it would be a great idea. Did Apple not bother because the ‘Find My’ network is more designed for use outside of the home?

Twerdahl: We are super excited about AirTags and what we’re doing with U1, and part of that power is the Find My network and the fact that we can leverage a billion devices around the world to help you find stuff. To your point, that is the most powerful out of the home. With the changes we’ve made to the Siri Remote — including making it a bit thicker so it won’t fall in your couch cushions as much — that need to have all these other network devices find it seems a little bit lower.

I would have perhaps bought “we tried it and it drained the battery too quickly” or “we finalized the Siri Remote before AirTags were ready” or even “it cost too much to hit our target price.”

But thickness? My Roku remotes got swallowed by my couch cushions plenty, and those thick suckers had AA batteries and full-size headphone jacks inside.

My colleague Chris Welch says Apple’s right about one thing, though — compared to the original Siri Remote’s thinness, it’s an improvement where couches are concerned.