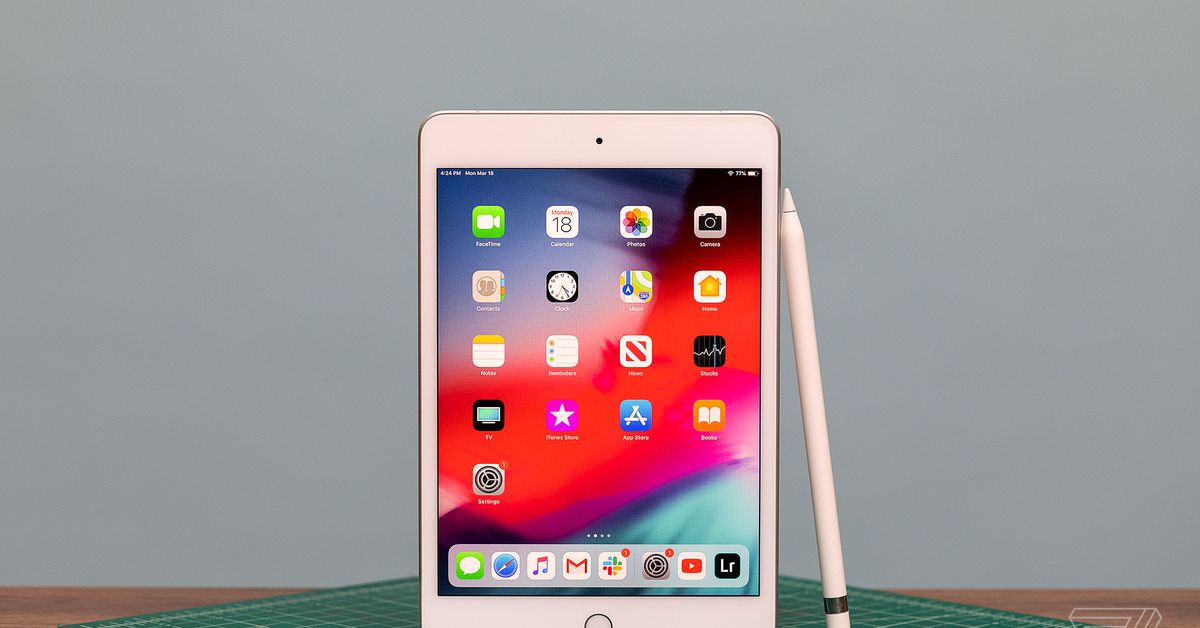 Apple plans to release a new iPad mini featuring “the biggest redesign in [its] nine-year history” this fall, Bloomberg’s Mark Gurman reports (via 9to5Mac). The new device is expected to feature slimmer bezels, a larger display, faster performance, and a design similar to Apple’s new iPad Air from last year, MacRumors notes. It could be a big shakeup for Apple’s smallest tablet, whose design has remained remarkably consistent since its debut in 2012.

The news tallies with Bloomberg’s previous reporting about the upcoming device, which it said last month could ditch the home button to allow for narrower screen bezels. Reports of an iPad Air-style design suggests it could use a Touch ID sensor built into a side-mounted power button. Last year, analyst Ming-Chi Kuo predicted that Apple’s next iPad mini could have a screen that’s 8.5 to 9-inches in size, up from the 7.9-inch display the mini has always sported. Kuo has also previously suggested a future iPad mini could use a similar Mini LED display to what we recently saw in Apple’s largest iPad Pro.

The new iPad mini would be the 6th generation of the tablet, following a 2019 redesign that added support for the Apple Pencil stylus alongside a faster A12 processor. As well as the new iPad mini, Gurman also reports that Apple also has another Apple Silicon powered iMac on the way with a larger screen than the recent 24-inch model. The new device is reportedly intended to replace the existing Intel-powered 27-inch model.

Sanity-Saving Tips From a Heavy Traveler