Amazon is offering $10 in credit if you enroll your biometric data in the company’s palm print recognition system, Amazon One. The promotion, spotted by TechCrunch, says people must connect their palm print to their Amazon account to claim the reward, though it’s not clear exactly where it’s available.

Amazon launched Amazon One in September last year, presenting it as an easy way to pay in the company’s stores, as well as a future identity service to be used by other venues and businesses. Users simply position their hand over the company’s scanners, which recognize their unique palm print based on its patterns of lines, ridges, and veins. This information can be used to verify payments in stores, but also in lieu of entrance tickets and the like.

Amazon One is currently available in 50 US locations, including Whole Food stores and Amazon Go shops. In April, Amazon said “thousands” of customers have enrolled in the service, though the company did not respond to a request for comment about this promotion. 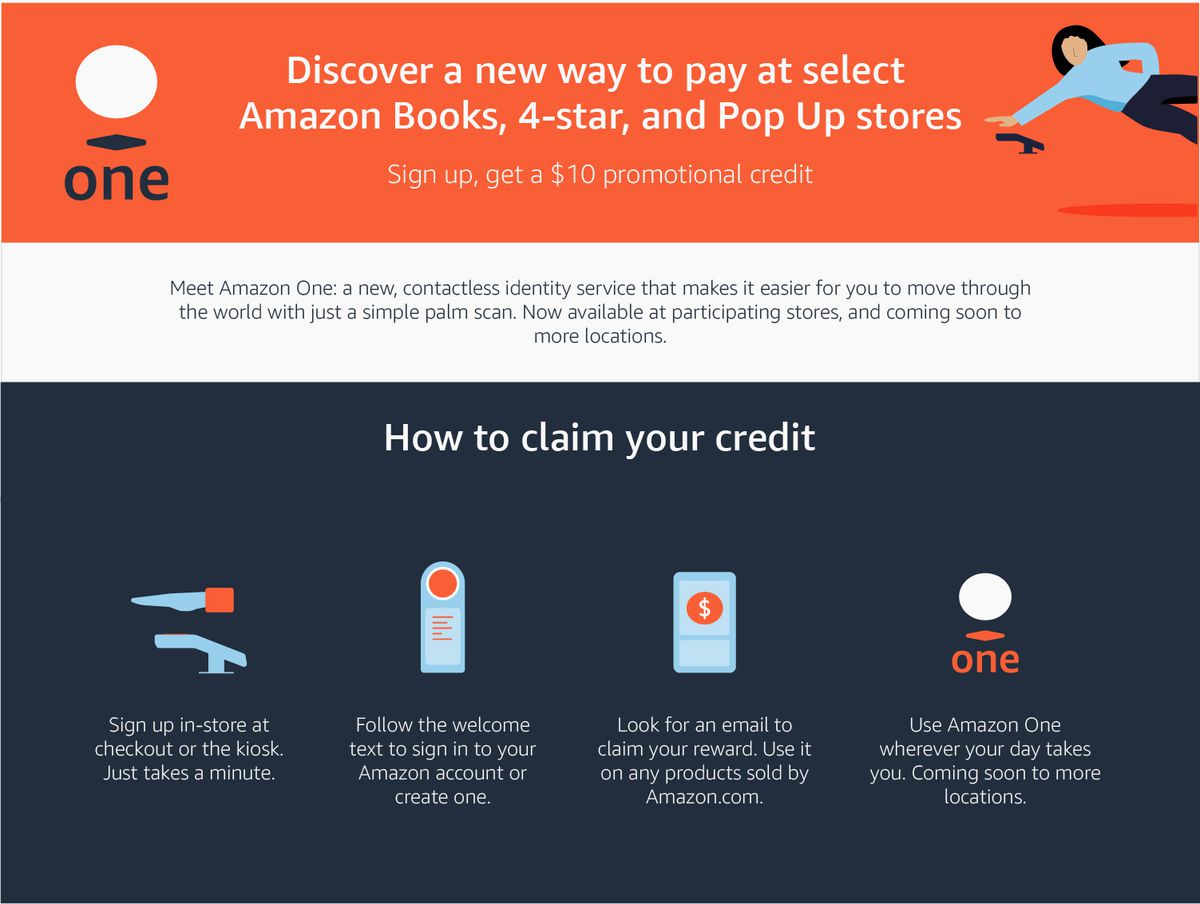 The Amazon One promotion. Image: Amazon via TechCrunch

The retailing giant presents Amazon One as a “fast, convenient, contactless way for people to use their palm to enter, identify, and pay.” But critics say the technology is unnecessary, with similar benefits provided by contactless payment cards, and a potential security risk.

Many have expressed concerns about a company like Amazon in particular collecting such data. The firm has been criticized in the past for pushing new technology in uncomfortable ways: selling biased facial recognition algorithms and aggressively expanding its network of police-connected home surveillance cameras.

It’s clear also that Amazon wants other businesses to use Amazon One as an identity service. This would potentially allow Amazon to track people around a greater variety of physical venues — not just shops, but office buildings, stadiums, and the like.

Qualcomm and Huawei: Now Things Are Just Getting Weird

Goose VPN Subscriptions Are Up For Massive Discounts For A Few Days Only –...