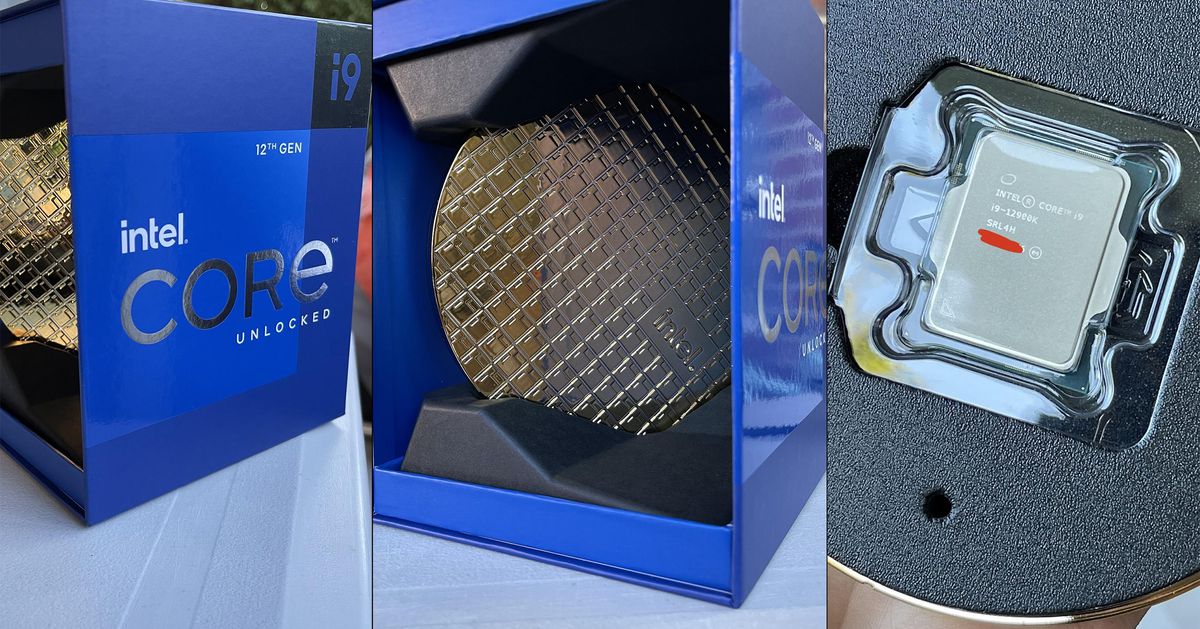 Intel hasn’t even officially announced its new Core i9-12900K processor, but it’s already been sold by a retailer. The unreleased CPU is expected to be the flagship for Intel’s new line of Alder Lake processors, offering a chance to reclaim the performance crown from AMD.

A Reddit poster, spotted by Techspot, managed to purchase two Core i9-12900K processors in retail packaging from an unnamed retailer for $610 per CPU. A similar mix-up happened earlier this year, when retailers started selling Intel’s Rocket Lake CPUs nearly a month before their launch.

This unreleased CPU is useless without a new motherboard

The Reddit poster has published a number of photos of the unreleased Core i9-12900K processor in its retail packaging, which matches leaks from earlier this month. The box includes a wafer ornament, but it doesn’t detail the processor frequency or even its core count. As Z690 motherboards aren’t yet available, the processor is useless without them, so the Reddit poster can’t post benchmarks or any information about the Core i9-12900K.

We’re still waiting on Intel to officially detail its flagship processor, and the motherboards that will support it. A number of Asus Z690 motherboards leaked earlier today, but without specs or feature lists.

Intel is rumored to be launching its Alder Lake desktop CPUs, with the flagship Core i9-12900K, later this month. Alder Lake will feature Intel’s latest hybrid architecture: a mix of both performance and efficiency x86 cores. Alder Lake will also include support for DDR5, PCIe Gen 5, Thunderbolt 4, and Wi-Fi 6E.

Venmo leaked Joe Biden’s friends, but you can now keep yours a secret