When gyms and fitness boutiques closed their doors in early 2020, it was fitness tech’s moment to shine. Stuck at home, people needed new ways to stay active — and for many, that meant stepping into the world of connected fitness. Nintendo Ring Fit Adventure was impossible to find. Fitness influencers turned to Instagram to broadcast live workouts. Even big tech companies started getting into wearables or launching their own on-demand fitness services. But no one had a year quite like Peloton.

Ironically, Peloton started 2020 as the butt of everyone’s jokes thanks to a terrible holiday commercial gone viral. Nobody was laughing a few short months later. When lockdowns began, Peloton started by offering a free 90-day trial to its app — no bike purchase necessary. By mid-2020, Peloton said it had 1.1 million subscribers and posted its first-ever profit. Amid heavy shipping delays caused by skyrocketing demand, Peloton slashed the price of its original Bike and introduced two new products: the Bike Plus and a lower-cost treadmill. By the end of the year, it spent $420 million to buy Precor, one of the world’s largest commercial fitness equipment makers. It kicked off 2021 by dropping another $100 million to fix shipping delays and yet another $400 million to build a factory in Ohio. The millions it dropped in investment then bolstered rumors the company was working on new products ranging from wearables to rowers.

Peloton was signaling it planned for a robust post-pandemic future. It seemed nothing could stop that momentum — at least, until a few months ago. Over the summer, Peloton recalled both its treadmills following reports of several injuries and, in one instance, a child’s death. With the COVID-19 vaccines, restrictions were relaxed, and people began returning in droves to brick-and-mortar gyms. Sales stalled, even as Peloton cut the price of its original bike down to $1,495. In a reversal of fortunes, Peloton recently reported a net loss of $376 million for Q1 2022, sending its stock into freefall the same day Planet Fitness reported it had exceeded expectations. Peloton CEO John Foley admitted in an investor call that the company had misjudged how things could change after people started getting back to normal life.

In the past year, the Peloton brand has become a household name. It often acts as a stand-in for the entire connected fitness category — much like how some people use Fitbit to describe all fitness trackers. For better or worse, Peloton’s products and business model have served as a template for everyone else to follow.

But if everyone is copying Peloton’s playbook, it means they share the same pitfalls, too

Case in point, the influx of Peloton copycats. You’ve seen them before. The ones described as the “Peloton of their sport” because they target a different piece of gym equipment, slap a 20-inch touchscreen on it, and launch a competing on-demand service with leaderboards and peppy trainers. There are dozens of them, from more established at-home fitness brands like Mirror, Tonal, and Hydrow to more niche startups you’ve probably never heard of.

Each has modified Peloton’s formula to a different type of gym equipment and comes with its own celebrity investors and backers. Mirror was featured in the social media feeds of several actresses like Lady Gaga, Olivia Wilde, and Courtney Cox. Tonal has Amazon, Maria Sharapova, and Steph Curry. Hydrow is backed by Lizzo and Justin Timberlake. There are also more obvious copycats, like Equinox’s SoulCycle Bike, iFit’s NordicTrack Commercial S22i Studio Cycle, and Echelon’s entire catalog of cheap bikes and treadmills. 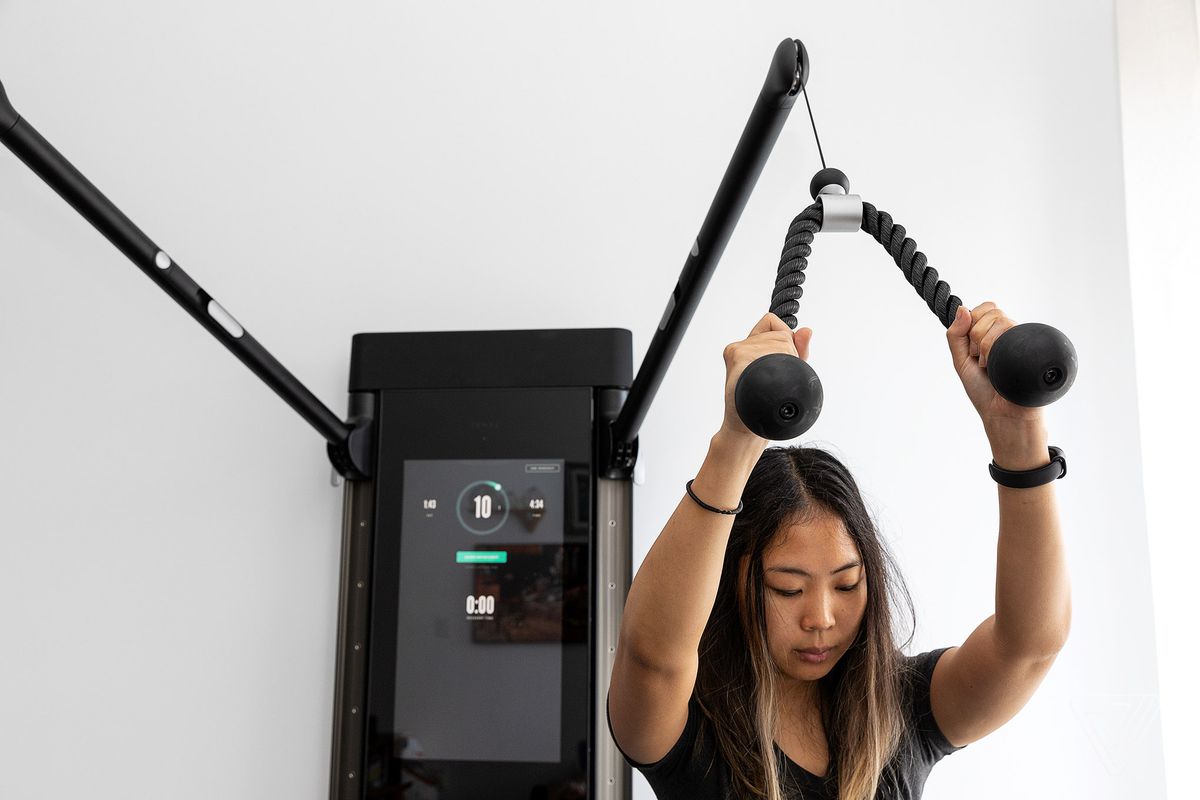 But if everyone is copying Peloton’s playbook, it means they share the same pitfalls, too. Beyond obvious issues like cost, limited living space, and fickle motivation, connected fitness has an ecosystem problem. Many of these companies severely handicap their expensive hardware if you don’t subscribe to a membership while also limiting their digital content to said hardware. For instance, Hydrow’s FAQ explicitly states that “[membership] is an integral part of the Hydrow experience and should not be considered an optional part of purchasing.” If you choose to subscribe to Hydrow’s app only, it won’t let you record metrics taken from another rower. You can’t even log into another Hydrow rower even though you’re a paying customer. Likewise, Mirror won’t even let you use its app unless you’ve bought the hardware.

Linking hardware and software like this is meant to lock customers into one fitness ecosystem to the exclusion of all others. While most let you integrate your workout data with Strava, the hardware generally only lets you do one thing: stream one company’s workouts. You can’t download different entertainment apps or stream other workouts on a Peloton Bike unless you’re willing to jailbreak it and void the warranty. The SoulCycle Bike is the rare exception that includes Netflix and Disney Plus on top of its own content. The only problem is the Netflix and Disney Plus apps are locked behind the Equinox Plus paywall. You end up paying a premium for a piece of equipment that can only do one thing.

With smaller players, you run the risk of losing a ton of money if the company shuts down. That’s what happened last year when Flywheel lost a patent dispute with Peloton over its leaderboards feature. One day, Flywheel owners found out their $1,999 bikes were bricked with no recourse other than to eat the loss or switch to Peloton. Flywheel may not end up as the only casualty either. Peloton isn’t afraid of the courtroom. It’s gone toe to toe with iFit before. It also recently filed two lawsuits against iFit and Echelon, alleging the two companies’ products cribbed its on-demand content. On top of calculating premiums, evaluating the digital content, and ensuring your home meets installation requirements, consumers also have the headache of researching whether a company’s fitness ecosystem is built for the long haul.

Most of these issues aren’t new. Single-use fitness equipment has been around for decades, taking up space in your home as expensive, glorified coat racks once your New Year’s resolutions peter out. The difference with connected fitness is these locked ecosystems exacerbate old problems and create new ones. Selling a Peloton is harder than selling a regular stationary bike. (Forget Tonal, which must be installed into your home’s wall studs by a professional crew.) Warranties, pre-paid subscriptions, and financing plans may not be transferable or refundable. Moving the devices to another location is an even greater hassle, thanks to the giant, fragile touchscreens. You may not even be able to place the device where you want due to Wi-Fi and other installation requirements. Worst of all, even if you figure this all out, you’re still on the hook for monthly fees for as long as you have the device.

Right now, experts seem to think connected fitness is headed down the same post-pandemic path as remote work. As life returns to normal, consumers will likely adopt a hybrid of going to the gym and working out at home when it’s most convenient. But while investors rightly deduced that increased competition has led to Peloton, Hydrow, Mirror, and Tonal ramping up their marketing spending, no one has answered why single-use equipment, limited ecosystems, and expensive subscriptions are worth risking for untested fitness startups. Even Peloton is stumbling despite its devoted community base, impressive 92 percent yearly retention rate, and strong ecosystem of products and services. As the leader in the field, Peloton can withstand a few short-term setbacks. But if its competitors can’t sort out this ecosystem problem, it doesn’t bode well for its army of copycats.

EE drops Huawei phones from 5G launch in the UK

Star Wars: Alphabet Squadron is a thrilling examination of the cost of war

Asus ROG Phone 2 Available at a Discount, Featuring Snapdragon 855 Plus, 8GB of...