Park My Spaceship is the simple, extremely amusing app I didn’t know I needed. It allows you to superimpose to-scale images of notable spacecraft from sci-fi shows and movies over Google Maps. That’s it. It’s great. You can check to see if Serenity would fit in your backyard or if the Millennium Falcon could land in your neighborhood park. It’s been around since 2018, but I first encountered it this week when @CincinnatiPhil TILearned about it and shared his discoveries on Twitter.

I set about placing ships around the greater Seattle area and found that the Millennium Falcon fits nicely in the fountain plaza in front of the Space Needle, which would look cool as hell. You can almost fit a Star Destroyer in Lake Union or park it on Harbor Island, a tiny landmass made entirely of dirt removed from early regrading projects dumped into Elliot Bay. (TIL in a TIL: A guy named Charles Butler and his 300 chickens used to live there.) 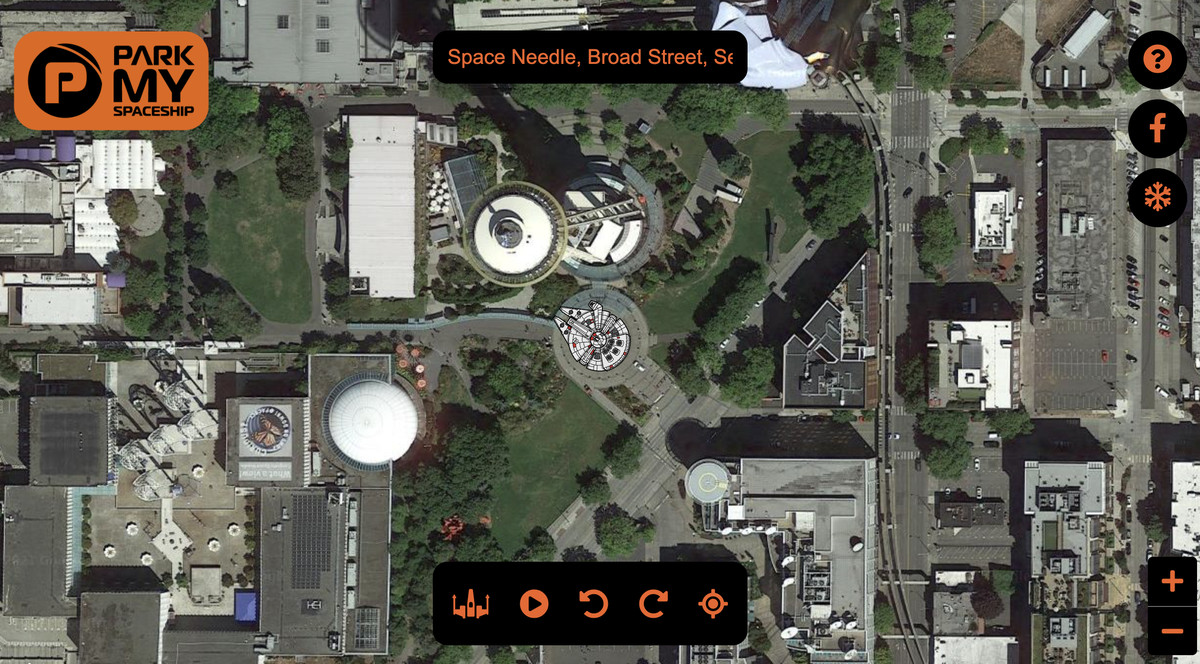 The Death Star (mark one, that is) is on an entirely different scale. It dwarfs Seattle and Tacoma, but it just about covers the Olympic peninsula, stretching all the way from Kitsap county to Forks and the shores of the Pacific. That’s no moon, indeed. 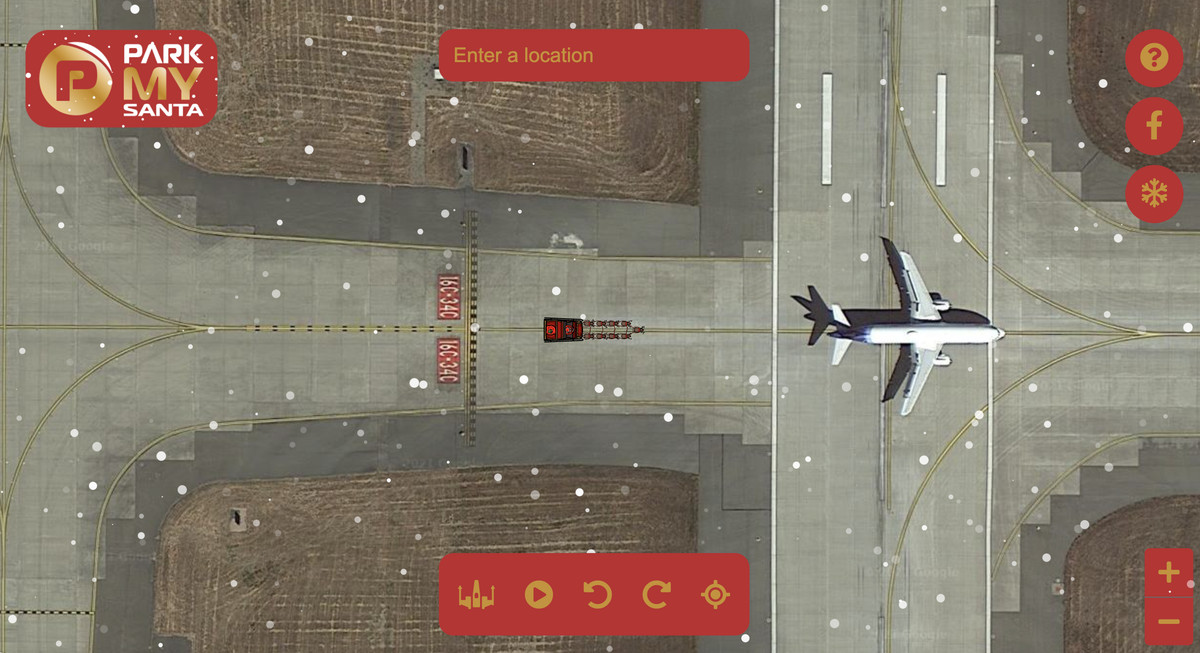 There are ships from Star Trek, Mass Effect, Hitchhiker’s Guide to the Galaxy, and many other classics of the genre (I’m just partial to Star Wars), even real-life space ships. And then there’s that most beloved of all UFOs, Santa’s sleigh. Adorably, the screen filled with drifting snowflakes as I positioned Santa on the runway at Seatac for takeoff. I hope he made it back to the North Pole before omicron came to town.