As initially reported by Bloomberg’s Mark Gurman, all of New York City’s Apple Stores have joined the list of locations closing their doors to most customers amid a spike in the number of COVID-19 infections. 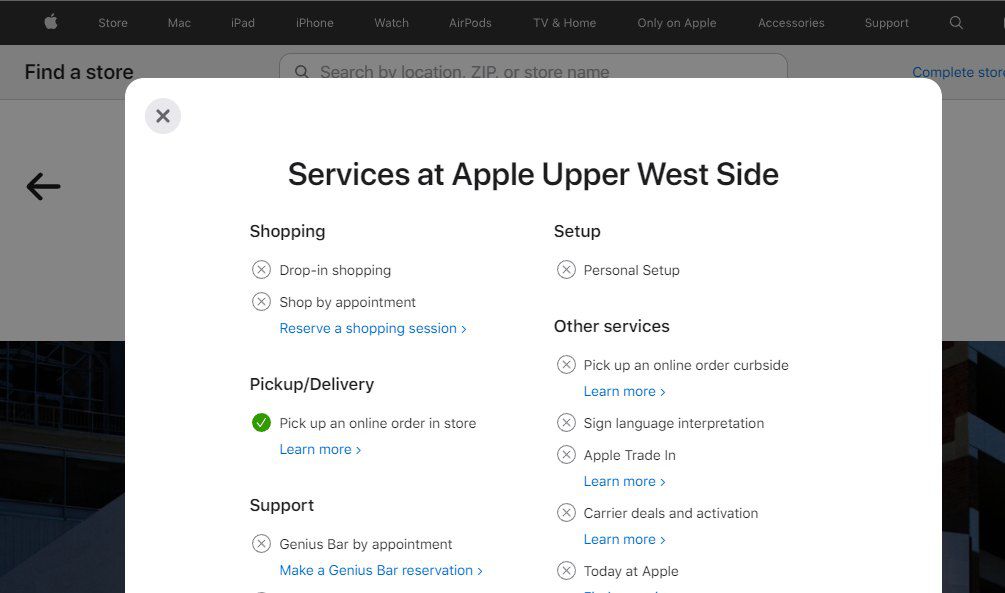 Last week, Apple closed seven stores in North America in a single day as positive tests among employees rose, and MacRumors points out that even before this announcement, the Apple website listed more than 20 locations that were closed today due to the effects of the pandemic.

For people in New York City, the stores are still accessible if you have an appointment to pick up an online order. All other services, like its Genius Bar tech support or shopping by appointment, are currently listed as unavailable. There’s no word on how long the current situation will last, but Apple is no longer offering the free two-hour delivery option it pushed ahead of last week’s holiday.