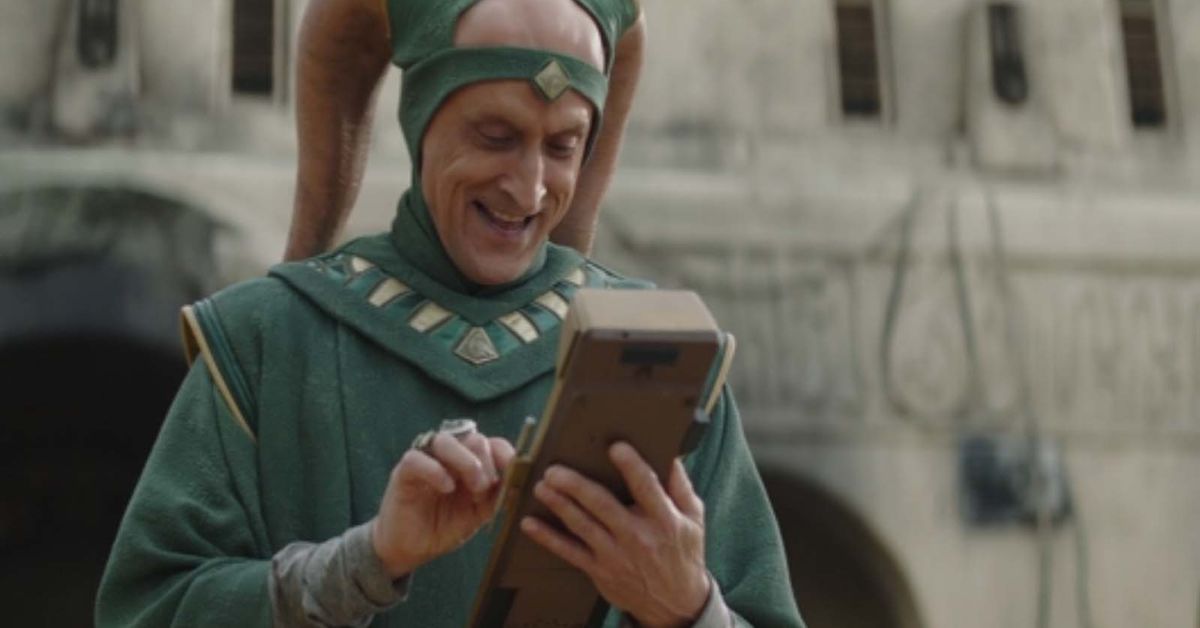 Keen-eyed observers might have spotted something a little off about the digital notepad used by Mok Shaiz’s majordomo in last week’s finale of The Book of Boba Fett. As pointed out by Mike Mika on Twitter, rather than the hi-tech instrument you might expect, the prop held by actor David Pasquesi appears to be a tabletop Coleco Bowlaltronic toy from the 1980s.

Boba Fett thus continues Star Wars’ proud tradition of repurposing ordinary household objects as sci-fi gadgets in its galaxy far, far away. Perhaps the most famous example crops up in Episode V, when an extra can be seen in the background of Cloud City carrying what appears to be a household ice cream maker. This being Star Wars, the background character eventually received an entire backstory, while the prop itself has now been inducted into Star Wars canon as a camtono security container.

Oh, and did I mention that some fans like to run through Star Wars Celebration carrying their own ice cream makers in tribute to the character? Because they do.

There are numerous examples like this from across Star Wars. Boston Dynamics’ Spot robots as well as a simple torch appeared in an earlier episode of Boba Fett, while Liam Neeson’s Qui-Gon Jinn used what appeared to be a Gillette razor as a communicator device in Episode I. For a look at the components that go into more unique props like Han Solo’s famous blaster, I thoroughly recommend this old video from Tested.com.

It just goes to show how other-worldly ordinary items can appear with the smallest of tweaks and when placed in the hands of a capable actor.

Facebook’s embattled cryptocurrency project is likely coming to an end

Amazon to start paying US warehouse workers double time for all...