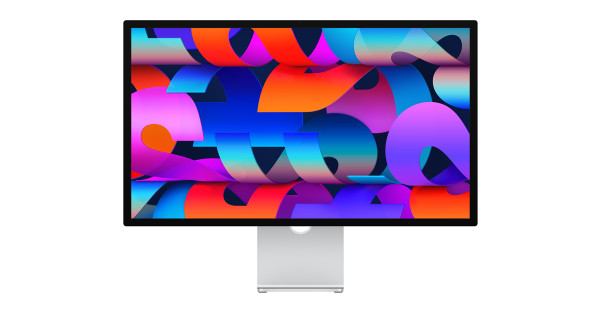 Apple’s site says that its new 27-inch, 5K Studio Display is compatible with a wide range of Macs (and even some iPads), but the company has also told The Verge that it should also work fine when plugged into a Windows PC. There are a few caveats, of course, but if your PC is capable of outputting to it, the Studio Display should act like any normal monitor with a built-in webcam and speakers.

The webcam’s Windows compatibility has been a bit in question; Apple’s website states that “Studio Display camera features and firmware updates require connection to a Mac.” While that language is unclear, Apple spokesperson Alex Bender told The Verge that the Studio Display’s built-in 12 megapixel camera should work like a normal USB webcam when you’re using a PC.

However, he did confirm that features like Center Stage won’t be available. That’s the case for other macOS-specific features too, like Spatial Audio or “Hey Siri” functionality, despite the fact that the monitor has a built-in iPhone chip. While it seems theoretically possible that you could AirPlay music or summon Siri while the Studio Display’s plugged into a Windows computer (like you could if you had a HomePod sitting next to your PC), Apple suggested that kind of functionality is limited to the Mac.

And if that ever changes, you’ll have to borrow a Mac to update the display to support it.

The webcam should work with Windows, minus the cool Center Stage feature

Apple also notes that the monitor’s resolution will depend on your machine — not every computer is able to output a 5K 60Hz signal over Thunderbolt or USB-C (though that was the case with the LG Ultrafine 5K too).

At this point, it’s probably worth noting that the Studio Display probably won’t be a great buy if you only have a Windows computer — if you’re looking for a monitor with speakers and a webcam there are much less expensive options, and many people would likely choose a higher refresh rate panel over an extra K of resolution. But hey, if you’re really into Apple’s design, are a 5K fiend, or switch between a Mac and a PC (which seems like the most likely scenario), it sounds like you’ll be totally fine picking up the Studio Display. But maybe stay tuned for our upcoming review to see if the new monitor’s worth its $1,600 starting pricetag (which thankfully includes a stand, basic as it may be).

Apple Music’s student plan is getting more expensive in the US, UK, and Canada

There’s nothing good on TV