Nvidia is launching its $1,999 GeForce RTX 3090 Ti today. After a mysterious delay following a January announcement, the “fastest GPU on the planet” will be available from Asus, Colorful, EVGA, Gainward, Galax, Gigabyte, INNO3D, MSI, Palit, PNY and Zotac in stores today. Nvidia has also created a limited edition Founders Edition board that will be available from Best Buy online.

The RTX 3090 Ti is the familiar-looking triple-slot design we’ve seen on the RTX 3090, and both cards look identical at first glance. Nvidia is really maximizing what its existing 8nm GA102 chip is capable of inside the RTX 3090 Ti, coupling it with 24GB of GDDR6X running at 21GB/s. That’s the same amount of VRAM as the RTX 3090 but with a nearly 7.7 percent faster memory clock resulting in a total memory bandwidth of 1008GB/s. 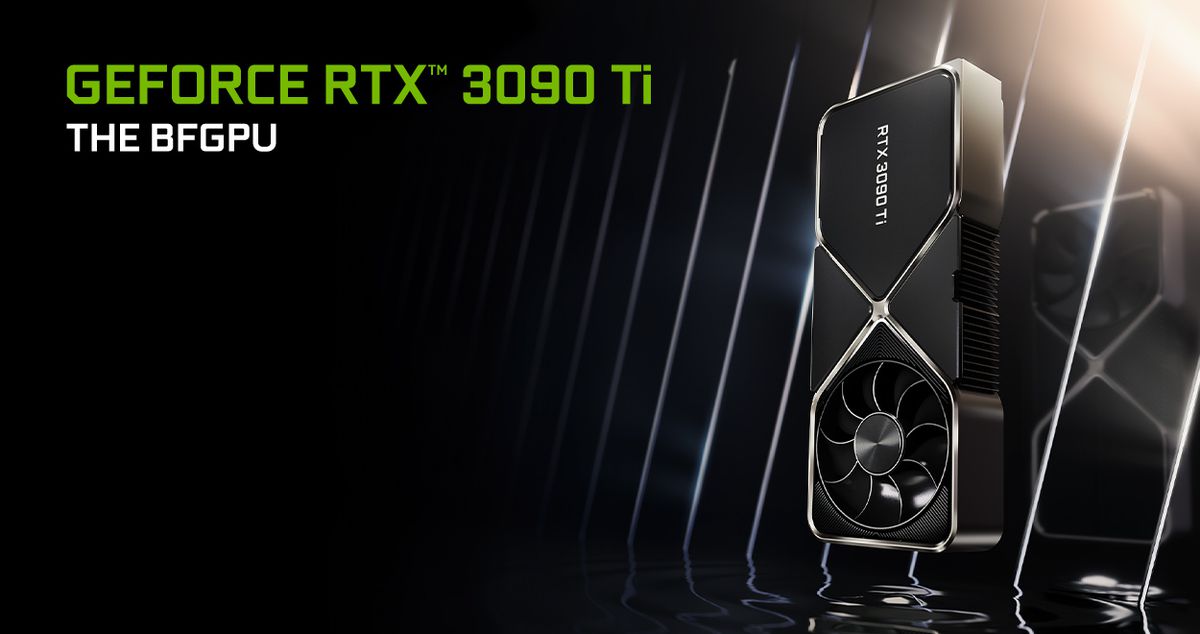 The RTX 3090 Ti is designed for big projects inside apps like Blender, Maya, or Cinema4D, or for research systems for data scientists that use large data sets. Developers and CG animators working with big sets, high resolution textures, and detailed models might also find the RTX 3090 Ti useful for certain projects. 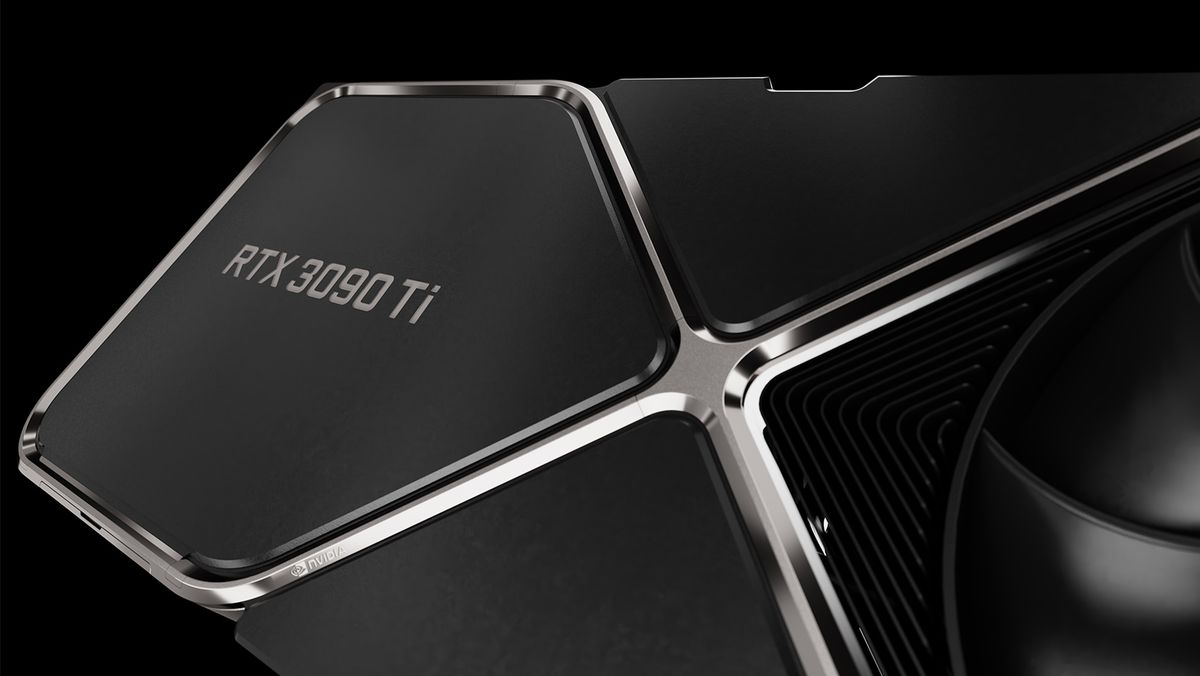 Nvidia has switched to a 16-pin power connector on the RTX 3090 TI. Image: Nvidia

The real tradeoffs here will be the price and power requirements. The RTX 3090 Ti starts at $1,999, which means we’re going to see plenty of partner boards well beyond the $2,000 mark. It’s the first time we’ve seen a GeForce “gaming” card priced at nearly $2,000 retail, despite RTX 3080 and RTX 3090 cards trading at these kinds of prices throughout 2021.

The RTX 3090 Ti will also have some hefty power requirements. You’ll need a power supply capable of delivering 850 watts at the minimum, as the card uses as much as 450 watts (with some boards likely to exceed that). That’s up from the 350-watt draw of the RTX 3090 and 750-watt power supply requirement. Nvidia has also ditched its 12-pin connector in favor of the 16-pin PCIe Gen5 power cable. Most power supplies don’t ship with the native cables for this, so Nvidia is supplying a dongle that will require three 8-pin connectors.

The pricing will naturally put many off the RTX 3090 Ti, particularly for gaming as it’s a 30 percent markup over the RTX 3090 with promises of only a nine percent performance bump. Still, if you want the bragging rights of owning the “world’s fastest graphics card,” then Nvidia’s GeForce RTX 3090 Ti is available now starting at $1,999.

Apple is making it easier to distribute subscription podcasts

Today’s List of Paid Apps and Games That Are Free at the Play Store...