Google Pixel 6 and 6 Pro users aren’t impressed with Google’s $30 first-party cases. Looking at Reddit and reviews on Amazon, there are dozens of people complaining about the transparent plastic showing extreme yellowing, warping, or just plain not fitting the phone from the factory. Some users have posted some gnarly-looking pictures of their cases, saying that they degraded in anywhere from several months to just two or three weeks. An editor here at The Verge says that their case has also started to look “a bit dingy.”

While there are plenty of positive reviews for the cases, it’s hard to ignore the number of complaints. It also seems unlikely that this is just from a bad batch of cases. There’s a Reddit thread complaining about the issue from January and one with almost the exact same complaints from just a few hours ago. Some reviews also mention that the cases start to change shape around the buttons or bottom, which would personally make me worry about its ability to protect my phone. Google didn’t immediately respond to The Verge’s request for comment on whether these were known issues. 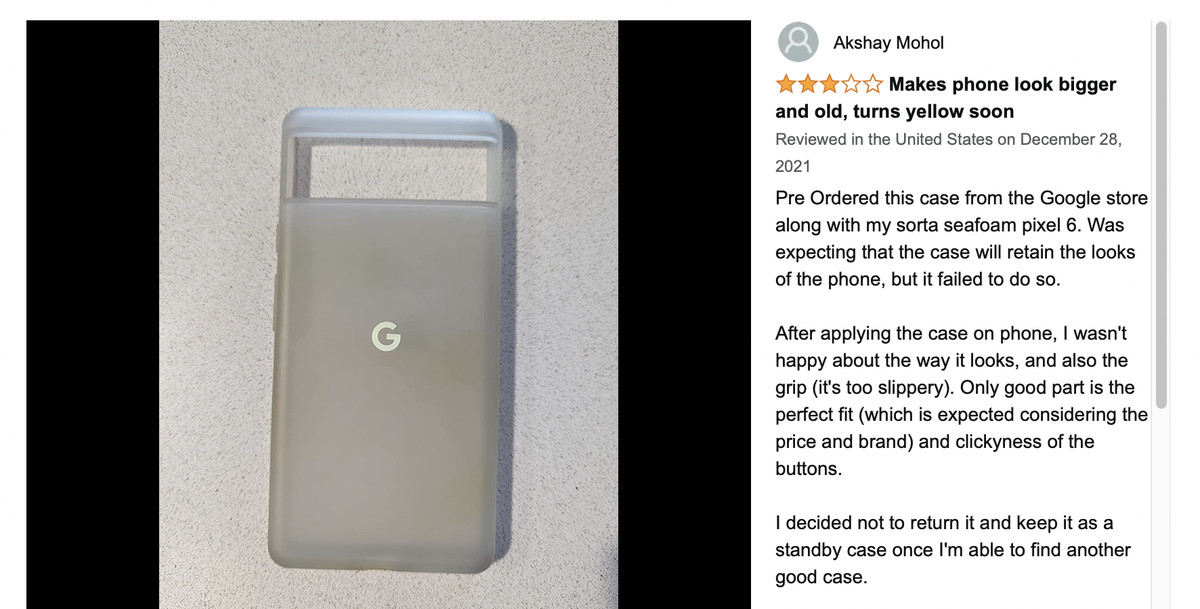 One of the several Amazon reviews we found showing a less severe case of splotching. Image: Akshay Mohol on Amazon

Anyone who’s bought a $10 translucent phone case is likely very familiar with this kind of rapid discoloration. For the most part, it’s just a fact of life with translucent plastics. Even a lot of the negative reviews admit that they expected the discoloration to happen at some point; they just didn’t expect it to happen within a matter of weeks or months, nor did they expect it to look quite so gross when it happened. Personally, I don’t think I’ve seen it this bad since the early 2010s. 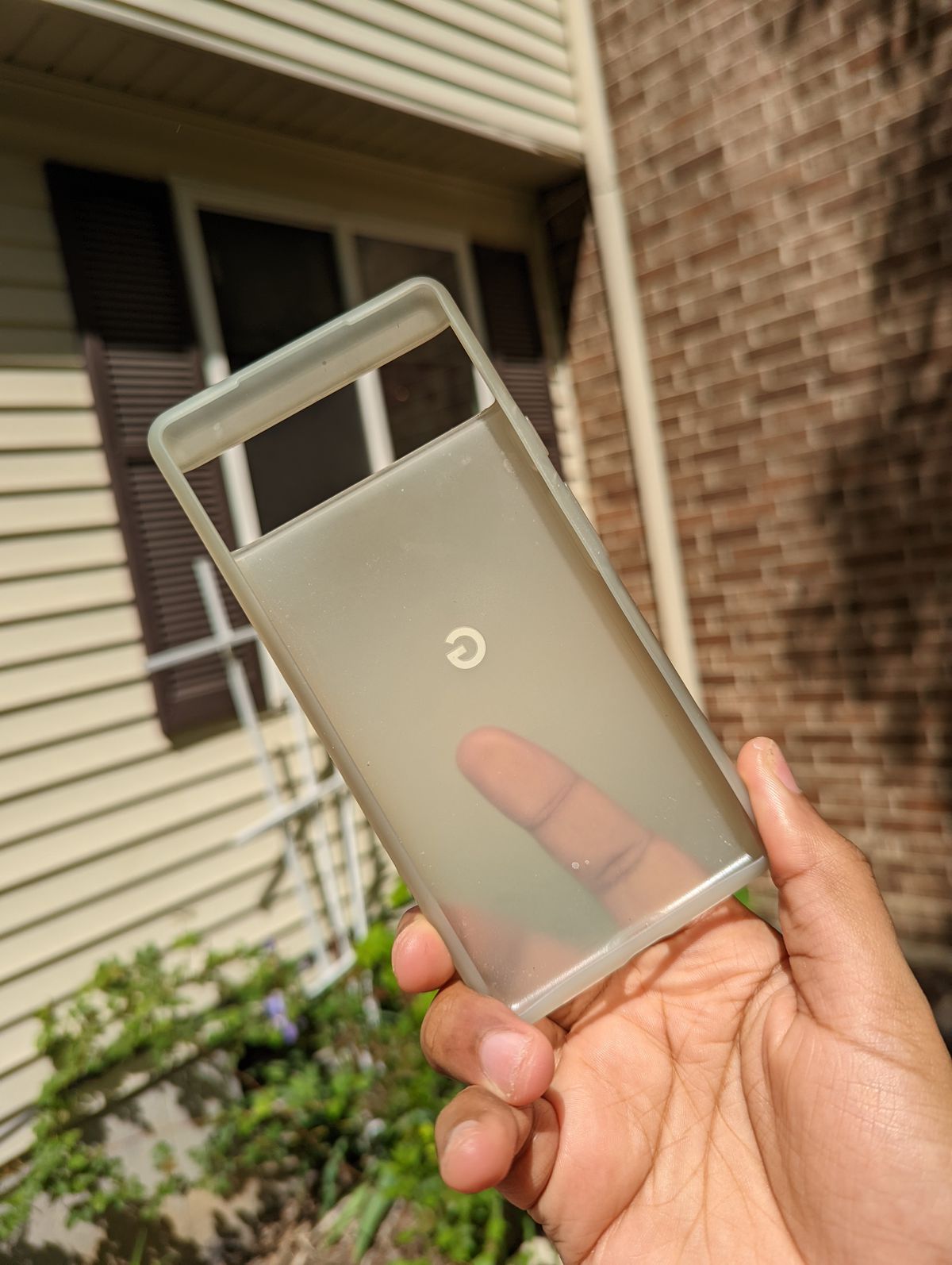 My editor’s case doesn’t have the ugly splotches, but it hasn’t aged gracefully either. Image: The Verge / Richard Lawler

Again, though, this isn’t some bargain, no-name case; it’s one sold and branded by the same company that makes the phones. There’s also the extra sting that this is a problem Google’s solved in the past. A few of my colleagues had fond memories of the fabric cases the company made for phones like the Pixel 4A and Pixel 5, as did a few Reddit commenters (though there were also a fair amount of complaints). Obviously, those didn’t have the same yellowing issue, and if they did get dirty, you could clean them off relatively easily.

Thankfully, there are plenty of third-party Pixel cases these days, but it is a bit disappointing that getting the official one is such a gamble. At least these reports started popping up before the Pixel 6A was released; if Google offers similar cases for its more budget-conscious phone, perhaps it’s best to steer clear unless the company announces that it’s fixed the issue.

China’s uncontrolled rocket crashes down over the Indian Ocean

EA says the Dead Space remake will be released in early...