Any modern smartwatch worth its salt comes with swappable straps. So it’s no surprise that Google is reportedly working on a number of strap options for its forthcoming Pixel Watch. According to 9to5Google, the company is making at least seven straps — including the one showcased during the I/O keynote — for when the smartwatch launches this fall.

So far, 9to5Google is reporting that Google’s working on a Milanese-style mesh band, two types of leather bands, a link bracelet, a fabric band, and a silicone band. It’s also purportedly working on a stretchable option reminiscent of Apple’s Solo Loop. If it sounds like Google’s taking several pages out of Apple’s playbook, it is. We still don’t know the majority of the Pixel Watch’s specs, but from what we do know, it’s clear Google’s trying to take the Apple Watch head-on. Offering similar strap options plays into that strategy.

Watches — whether they’re analog or smart — are an expression of personal style. Unless Google gives folks a wide variety to choose from, the Pixel Watch won’t reach a wider audience. The safest thing would’ve been for Google to use a standard 20-22mm strap. That would’ve at least lessened Google’s own burden and offered customers dozens of stylish options that can be used with mechanical or analog watches as well. 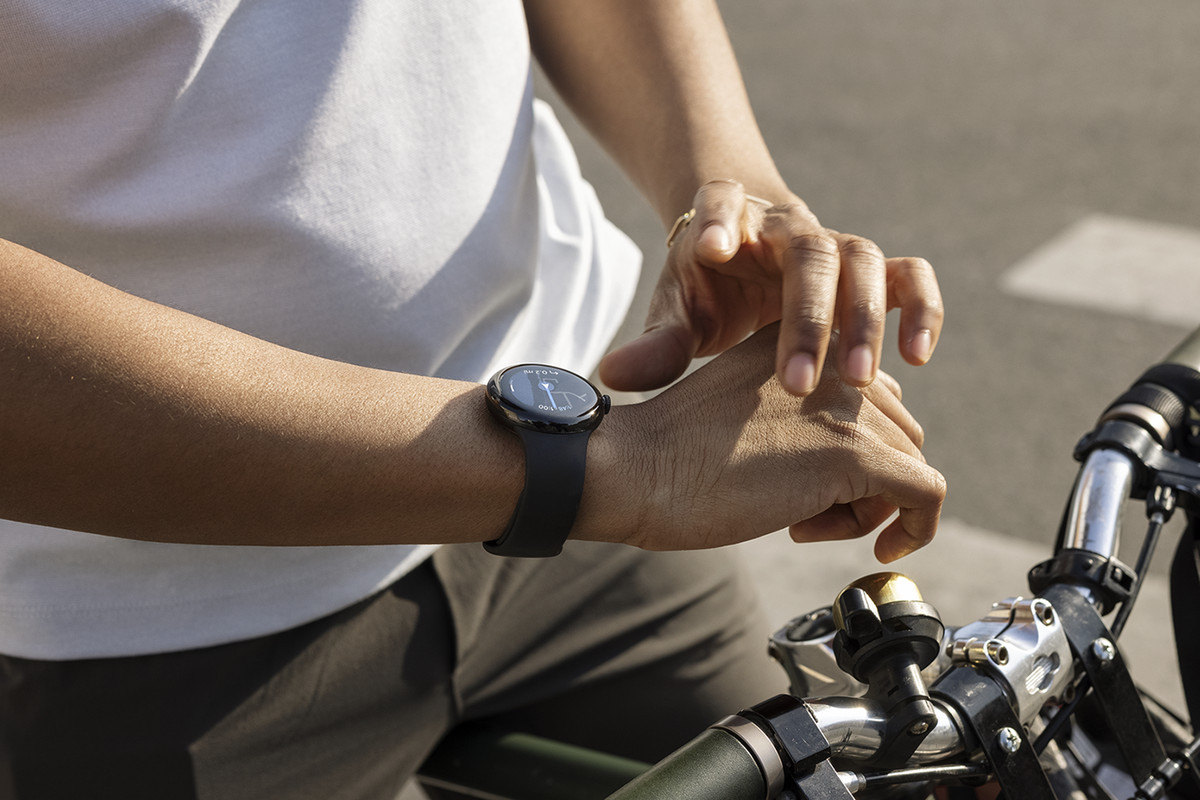 It’s not doing that, though. As we saw in the sizzle reel at Google I/O, it’s opting for its own proprietary straps. So either Google is quite confident in the designs it’s putting forth… or we’re about to see some really ugly or uninspired smartwatch bands from the folks who brought you the Pixel 6 cases.

Smartwatch makers — Apple included — have generally whiffed it when it comes to straps. As much as I love these gadgets, few of them are as attractive as their “dumber” counterparts. Fitbit’s Horween leather straps? I hesitate to call those leather. The ’70s called, and they’d like Apple’s leather link band back. I don’t even want to speak about the monstrosities that are perforated smartwatch bands. Silicone straps are functional for workouts but a lil chintzy for formal occasions.

I’d say discerning Pixel Watch owners could turn to third-party accessory makers, but going with a proprietary strap means that’s not guaranteed. If you search Amazon, third-party accessories for Google products aren’t teeming with stylish options. Probably because not a whole lot of people are buying enough Pixel devices (yet) to warrant the investment. If you run an Amazon search for Pixel phone cases, you’ll end up with roughly 7,000 results. Searching for an iPhone case nets you over 100,000 results, while a Samsung Galaxy phone case gets you over 80,000. It’s worse for devices like the Pixel Buds — 190 results to over 10,000 results for AirPods. The more options you have, the more likely customers are to find something that suits them. When there are slim pickings, you end up with eyesores like these.

Ultimately, performance and Wear OS 3 are going to be the biggest factors in determining whether the Pixel Watch is “good.” That said, enough people have to think, “Yeah, I’ll pay premium prices to put that on my wrist!” for that to matter. So it’s probably wise for Google to make sure the straps it puts out at least match those of its rivals. It’s just ensuring that, at least visually, the Pixel Watch won’t dazzle us, either.

Hubble celebrates 30 years in space with a gorgeous landscape of...