Just as Apple claims its special magnetic fast-charging cable can charge your Series 7 Watch from 0 to 80 percent in 45 minutes, Belkin says its device can do the same. While the charging stand is compatible with all older Watch models, too, fast charging is only available for the Series 7 (because it’s the only one that has the feature). 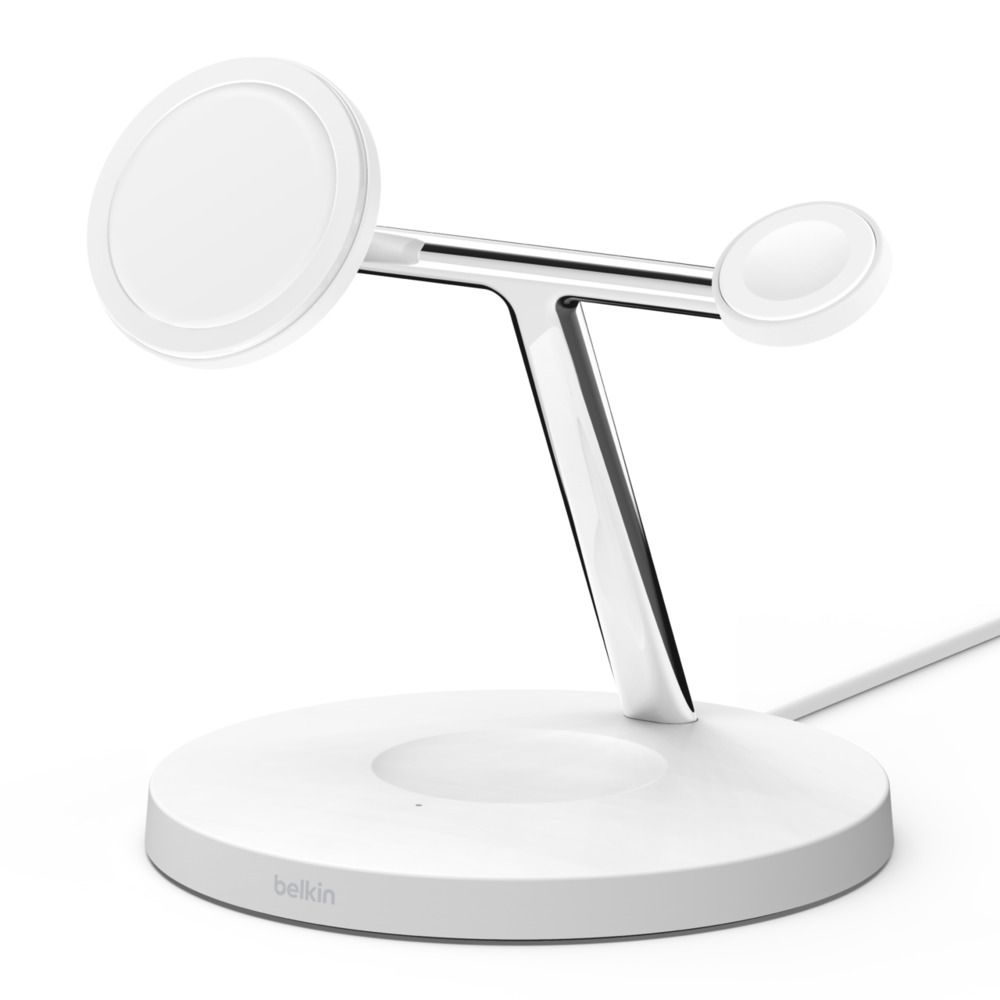 The charger looks kinda weird without any devices on it. Image: Belkin

Design-wise, there isn’t much of a change between this model and its predecessor. It still has a tree-like appearance with MagSafe chargers on the chrome “limbs” of the device and a Qi pad for your AirPods’ wireless charging case at the base. When your iPhone’s mounted on the charger, you can rotate it to use your device in landscape mode to watch videos while it charges.

This isn’t the first of Belkin’s devices to support fast charging for the Series 7 — last year, it showed off a three-in-one charging pad with similar specs and pricing. Both devices are priced at a steep $149.99, but at least now you can choose between a surfboard or tree.

The new BoostCharge Pro stand is available for preorder on Belkin’s site and will start shipping in July.

The Kindle is getting a Kids Edition bundle for younger readers